This quiz is about Arthur, the less well known brother of the famous Henry VIII.

Arthur was born on September 20 in Winchester, England. He was named after the legendary King Arthur. The Tudors claimed that they were descended from King Arthur, and they tried to use this to underline their claim to the English throne.
2. Arthur was the eldest child of Henry VII.

As the eldest son, Arthur was the heir to the English throne. Siblings born after him were: Margaret in 1489, Henry in 1491, and Mary in 1496.
3. This child brought to court by Henry VII was supposed to be a playmate for Arthur, but turned out liking Henry better.

Charles Brandon's father was killed in the Battle of Bosworth Field and so he was raised at court with the royal children. He and Henry were both athletic, strong, and outgoing, and they formed a firm friendship.
4. What was Arthur's main title from age 3 until his death?

The heir to the throne is very often given the title of "Prince of Wales," and since Arthur was the oldest son, he was automatically the heir. Henry was the Duke of York, the title that is generally given to the second son. Margaret and Mary were princesses.
5. In 1501, Arthur married Katherine of Aragon. What was her title before the marriage?

Katherine of Aragon was the daughter of Ferdinand and Isabella. She married Arthur when he was fifteen and she was sixteen. The marriage was arranged by their parents. Arthur's father in particular wanted the match because it meant that a leading foreign power accepted him as the true King of England (Henry VII had won his crown through battle, not through his royal blood, so there were some who felt that he shouldn't be king). After the marriage, Katherine became the Princess of Wales in addition to Infanta of Spain.

Incidentally, at the time it was not uncommon for the children of royalty to marry very young.
6. Who was Arthur Tudor's mother?

Henry VII married Elizabeth of York to secure his claim to the throne, since he only won it through battle and she was the daughter of Edward IV, sister of Edward V, and niece of the defeated Richard III.
7. His brother Henry had always been athletic. Did Arthur show the same skill at sports?

Arthur was not as active as his brother. He was more quiet and reserved, and was not all that interested in sports. Most of the time, Arthur was outshone by his brother, who was always so exciting and energetic.
8. Arthur became fatally ill only two years into his marriage with Katherine.

Arthur only made it six months before falling ill of an unknown virus. Katherine caught it, too, although she recovered quickly. Arthur only got worse, and his health was never all that good. There are theories that the sickness may have been tuberculosis.
9. What year did Arthur Tudor die?

Arthur lost his battle with the unidentified illness on April 2, 1502, leaving the sixteen-year-old Katherine as a widow and his brother Henry as the new heir to the throne. His death created much controversy, mostly because he had only been married to Katherine for six months and no one knew if the marriage had been consummated. If it hadn't, Katherine was technically not Arthur's "true" wife.
10. Seven years after Arthur's death, Katherine remarried. Who was this new husband?

This marriage needed a papal dispensation and caused a lot of controversy twenty-four years later when Henry claimed that since she had been married to Arthur, their marriage wasn't valid at all. Henry decided that the marriage between his brother and Katherine had been consummated, so the Pope had had no right to give a dispensation (Leviticus 20:21 specifically states that a man cannot marry his brother's widow).

This is the argument that eventually led to Henry VIII splitting from the Catholic Church entirely, since the Pope would not grant the annulment (mainly because Katherine's nephew, the powerful Holy Roman Emperor, was at the time occupying Rome, and he didn't want to offend him).

Henry's Church of England (after the break with Rome) was still Catholic and conservative and was run by the King who divorced, and then married his new love, Anne Boleyn.
Source: Author princess_1990 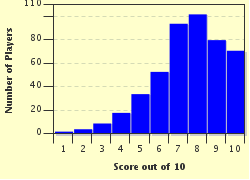