Everyone knows Tudor Royalty: Henry VIII, Elizabeth I, Anne Boleyn, etc. But what about those little-known people behind the scenes? Test how much you really know about the Tudor Era.

Quiz Answer Key and Fun Facts
1. When Elizabeth I was under scrutiny for her involvement with Thomas Seymour, her governess Kat Ashley was sent to the Tower for questioning. Who else was sent with her?

Thomas Parry was Elizabeth's treasurer and household manager and knew as much about the Seymour affair as Kat did. They were both questioned closely in the Tower.
2. Lady Jane Grey is known as the "Nine Days Queen" who was tragically executed at the young age of sixteen. Her sister Katherine, too, was the focus of rebels who wanted a Protestant queen. However, their youngest sister was more or less overlooked. Who was she?

Mary Grey was the youngest of the Grey sisters. She was a dwarf, and had a hunched back. Like her sisters, she ended up in the Tower - for secretly marrying. Her husband was Thomas Keyes, ironically one of the tallest men in London.
3. Henry VIII is famous for saying "I like her not!" when he met his intended bride, Anne of Cleves, face to face. Perhaps he would have prefered this sister of Anne's, who had been considered as a possible bride.

Amelia was Anne's younger sister. Both sisters had their portraits painted by Hans Holbein, so Henry could see which one he liked better. He fell in love with Anne's portrait, and since she was the elder sister anyway, he summoned her to England. He found her portrait less than realistic. Anne's misleading portrait still survives, but Amelia's has disappeared.
4. King Edward VI is known for being the only legitimate son of Henry VIII. Who was appointed as King Edward's Royal Whipping Boy and became his close friend?

Edward became king at only nine years old, and as it would have been treason to whip the king for doing wrong, a Royal Whipping Boy was hired to receive the punishment. Edward and Barnaby formed a close friendship.
5. Katherine of Aragon was the beautiful Spanish Infanta that married both Tudor Princes, Arthur and Henry. But how well do you know this governess of hers, who was dismissed from her service during her seven years of widowhood?

Katherine's years of widowhood were hard on all of her servants and ladies, and the Infanta was under a lot of pressure to keep herself out of poverty. Dońa Elvira Manuel was dismissed by Katherine when she was found to be a spy for those who wished for King Ferdinand (Katherine's father) to no longer rule Castile through his crazy daughter, Queen Juana, who had become Queen upon her mother's death.
6. Robert Dudley was extremely important to Elizabeth I, as a best friend and possibly more. His sister was also a close friend of Elizabeth's, although she did not achieve her brother Robert's fame. Who was she?

Mary Sidney was a devoted and loyal friend to Elizabeth I. She was so close with her that she helped nurse Elizabeth through a bout of smallpox early in her reign, exposing herself to disease. Mary went down with smallpox soon after Elizabeth recovered, but while Elizabeth's had been a mild attack, Mary's case of smallpox was so severe that she was permanently disfigured.

Afterwards, she avoided court, and whenever she came back to visit her old friend, she would only do so wearing heavy veils to hide her face.
7. Kings had fools and jesters to keep their spirits up. Who was the long-time fool of Henry VIII?

Will Somers was Henry VIII's jester for many years. It was a dangerous position to have, because his temper was so unpredictable and the ever-changing politics of the country meant that many topics were taboo, but he managed to survive, and to the end was a good friend of Henry's.
8. The second wife of Henry VIII, Anne Boleyn, will forever be remembered for her beheading. Less known is this woman, the Countess of Salisbury, who was butchered by the executioner, taking as many as eleven blows to die.

Margaret Pole, Countess of Salisbury, was executed solely for her Plantagenet blood. Fearful of being usurped by the Plantagenets because of the short length of time the Tudors had been in power, Henry VIII had most of the Poles imprisoned. Before this, she was the governess of Mary I, his own daughter. Margaret and Katherine of Aragon even discussed marriage plans between Margaret's son and Princess Mary.

Her execution was one of the worst the Tower has ever seen.
9. For those who are Anne Boleyn enthusiasts, you will know that she was banished from court for involving herself with Henry Percy, heir to the Dukedom of Northumberland. Who was the wife that he married soon after?

At the time this affair took place, Henry was actually betrothed to Mary already. Henry unwillingly left Anne under the threat of disinhertance, and married his betrothed. However, it was a very unhappy marriage, and Mary asked for a divorce not long before Anne Boleyn's execution. Henry died soon after.
10. Katherine of Aragon had a large number of supporters during her divorce. The most ardent was this man, the Spanish Ambassador, that worked for her and her daughter's cause until his retirement in 1545.

Chapuys was the Spanish ambassador to England for about two decades, and despite all the problems that he caused by his meddling in Henry's "Great Matter" and championing Katherine of Aragon's cause, he and Henry VIII parted as old friends.
Source: Author princess_1990 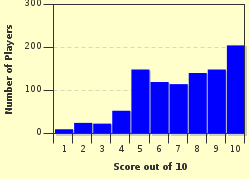