Quiz Answer Key and Fun Facts
1. The attitude of Elizabeth I towards her suitors.

Elizabeth I was the last Tudor monarch. She reigned for forty-five years and never married. This is why she is known as the "Virgin Queen." Since she reigned alone, she can be called "Miss Independent."
2. The song that best fits Edward VI shortly after his father's death.


Answer: "I Just Can't Wait to Be King" from "The Lion King"

Edward was very eager to be king, and although he was sad about the death of Henry VIII, he couldn't wait until he was old enough to rule by himself. He was only nine when he succeeded to the English throne in 1547, and he had to be controlled by a Lord Protector until he was eighteen. Sadly, he died of tuberculosis a few months before his sixteenth birthday.
3. After her arrest for adultery, Katherine Howard continually changed her story. Finally, after long hours of severe questioning, she stuck with one story. Which song best describes her last answer to these charges?

Katherine Howard was the fifth wife of Henry VIII, and the cousin of Anne Boleyn, his second wife. She cheated on Henry with at least one man, Thomas Culpepper, and had been involved before the marriage with Francis Dereham and possibly her music teacher, Henry Mannox.

Henry found out about her relationships and she admitted that she was guilty of adultery after intense questioning. She wrote a full confession of her crimes and was executed in 1542.
4. What song best describes Mary I?


Answer: "My God is Real" by Johnny Cash

Mary is known for her zeal in persecuting the Protestants, who in her view had the "wrong" religion. She thought Catholicism was the only true religion, and burned over three hundred English men and women who thought differently. She hated her sister Elizabeth, and was happy to marry Philip II of Spain.
5. Which of these is the BEST description of the love-life of Henry VIII?


Answer: "Love Gets Me Every Time" by Shania Twain

Henry is known to have fallen in love with most of his wives very quickly, although that love soon faded in many cases (such as Anne Boleyn). That is why "I Will Always Love You" won't work, and since he had several mistresses and was married six times, "Single" and "Absolutely Faithful" don't work either.
6. What best describes Katherine Parr after the death of Henry VIII?

Katherine Parr was one of only two of Henry's wives to outlive him, and the only one to stay married with him. With his rocky marital history (he had already had two wives beheaded), that was a huge accomplishment. His death aroused more relief than sadness in her, especially since she could now marry her love Thomas Seymour, whom she had wanted to marry before until Henry chose her as his next target.
7. Katherine of Aragon's feelings for Henry VIII during the divorce proceedings.


Answer: "Stickwitu" by the Pussycat Dolls

Katherine of Aragon was the first wife of Henry VIII. She refused to admit that she and Henry were divorced, because she felt the papal dispensation granted for their marriage was completely valid. (She had been married to Henry's brother Arthur before him, and they had needed special permission from the Pope since their marriage ran counter to the laws of the Church).

She considered herself his wife and queen until her death in January 1536, even signing her last letter to him "Katherine the Queen."
8. The greatest hope of Henry VIII.


Answer: "Someday My Prince Will Come" from "Snow White"

More than anything else, Henry VIII wanted a legitimate male son to be his heir and the next King of England. Unfortunately only one wife gave him the prince he desired, and he had to wait almost thirty years.
9. The best song describing the relationship between Mary Tudor and Charles Brandon.


Answer: "I Will Always Love You" by Whitney Houston

Mary and Charles knew each other since childhood, and they fell in love. Mary was married off to the French King Louis XII in 1515 against her will, but she got her brother, King Henry VIII, to agree to let her choose her next husband. When Louis died of exhaustion three months later, she quickly married Charles, Henry's best friend.

Henry was angry, since he had not intended on keeping his promise, but after the couple apologized and agreed to pay a large fine in repayment, he forgave them.
10. Anne Boleyn's fashion sense.

Anne Boleyn was the second wife of Henry VIII, and she loved her clothes. She did her best to show off her newly won status and riches, since it took her seven years to win them from Henry's first wife Katherine of Aragon. Anne Boleyn was not noted for her modesty and simplicity, but her gaudy, sparkling gowns in the stylish French design. Even after her execution for false charges of adultery in 1536, Anne's fashion trends continued to thrive.
Source: Author princess_1990 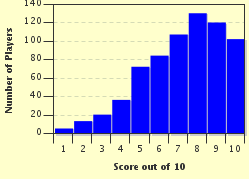