Figure out how the first two Tudor people are related, and then figure out which other pair are related in the same way. For example, Henry is to Anne Boleyn goes with Henry VII is to Elizabeth of York because both are married couples.


Answer: Anne Boleyn is to Elizabeth I

'Anne is to Elizabeth' because Elizabeth is the daughter of Anne, and Mary is the daughter of Katherine of Aragon. Both Katherine and Anne were wives of Henry VIII, and it was while Henry was trying to divorce Katherine in the late 1520s and early 1530s that he split with the Catholic Church. After the messy divorce with Katherine, he married Anne in 1533.
2. William Cecil is to Spirit as _____ is to _____?


Answer: Robert Dudley is to Eyes

The connection in this is nicknames. Elizabeth I gave her favorites special names. Some of the others are "Pygmy" for Robert Cecil, "Frog" for Francis (Duke of Alencon and Anjou), and "Moor" for Francis Walsingham.
3. Jane Seymour is to Catholic as _____ is to _____?


Answer: Katherine Parr is to Lutheran

The third wife of Henry VIII, Jane Seymour, was Catholic, which was dangerous since Henry VIII had just separated from the Catholic Church. The only official church in England at that time was the Church of England. Nevertheless, she did her best to save the monasteries and nunneries until her death from childbed fever in 1537.

The only other person matched with their right religion is Katherine Parr, the sixth wife of Henry VIII, who was a secret Lutheran. Being Protestant was also not allowed, and although she tried to keep her religious leanings to herself, her enemies found out and she was nearly arrested in 1545. Only after convincing Henry of her complete submission to his will did he pardon her.
4. Katherine of Aragon is to Spain as _____ is to _____?


Answer: Anne of Cleves is to Germany

Katherine is related to Spain because that is where she was originally from. She was born there in 1485, to the famous Ferdinand and Isabella. She left her homeland for England in 1501 so she could marry Prince Arthur Tudor and later Henry VIII. Anne of Cleves was originally from the duchy of Cleves in Germany.

She was born there in 1515, making her 24 when she married Henry VIII in 1540. She, too, had to leave her homeland for marriage, and like Katherine her marriage to Henry did not work out: he divorced her six months after their wedding. Mary Tudor went to France to marry, but she was English, and the other two have no connections with their countries.
5. Mary I is to Bloody Mary as _____ is to _____?


Answer: Elizabeth I is to Gloriana

This theme was nicknames. Mary was called "Bloody" for her persecution of more than 300 Protestants during her five year reign, and Elizabeth was called "Gloriana" for the success she had in transforming England into one of the most powerful countries in the world. None of the other nicknames are actually associated with the people they are paired with.
6. Henry VIII is to St. George's Chapel as _____ is to _____?

Henry VIII was buried in the chapel at Windsor Castle, St. George's Chapel. Henry VII was buried in Westminster Abbey along with several other kings and queens (including Mary I and Elizabeth I). Lady Jane Grey was actually buried in the Chapel of St. Peter ad Vincula in the Tower of London after her execution in 1554 and Katherine of Aragon was buried at Peterborough Abbey in 1536.
7. Henry VIII is to Elizabeth of York as _____ is to _____?

The relationship between Henry VIII and Elizabeth of York is son and mother. The only other pair that fits this is Henry VII and Margaret Beaufort. Charles Brandon and Mary Tudor were married, Robert Cecil was the secretary and advisor of Elizabeth I, and Cardinal Wolsey was Anne Boleyn's most hated enemy.
8. Henry VIII is to Thomas Cromwell as _____ is to ________?


Answer: Elizabeth I is to William Cecil

Thomas Cromwell was one of the two chief advisors to Henry VIII (the other was Thomas Wolsey). He was also Secretary of State, among other things. He was a commoner, but extremely smart and ruthless in achieving his goals. This led to his downfall, since he alienated almost everyone at court, and he was executed in 1540. 'Elizabeth is to William' fits Cromwell and Henry because he was a Secretary of State under Elizabeth I and was one of her most trusted advisors, just like Cromwell was to Henry VIII.


Answer: Elizabeth I is to Mary Queen of Scots

The reason Henry VIII and Francis I go with Elizabeth I and Mary Stuart (Queen of Scots) is because they are both pairs of rivals. Henry VIII and Francis I were both young, handsome, and athletic kings in the first half of the 1500s, and they constantly tried to outdo each other. Likewise, Elizabeth I and Mary Stuart were young, beautiful, and (at times) both single queens.

There was always competition between them, and Elizabeth in particular loved to question the Scottish ambassador about Mary and make him compare their beauty.

The other pairs don't fit because Guilford and Robert were brothers, not enemies, Margaret Tudor and James IV were husband and wife, and Thomas and George Boleyn were father and son.
11. Arthur Tudor is to Henry VIII as _____ is to _____?

Arthur Tudor and Henry VIII were brothers. Arthur was born in 1486 and was the natural heir to the throne. Henry VIII was born later, in 1491, so for the first eleven years of his life he was only Duke of York, second-in-line to the throne. When Arthur died of a mysterious illness in 1502, Henry became the heir and eventually became king in 1509.

The only other set of brothers here is Edward Seymour and Thomas Seymour. They were the brothers of the third wife of Henry VIII, Jane Seymour, and both aimed for high offices at court. Edward Seymour became Earl of Hertford, Duke of Somerset, and later Lord Protector for his nephew King Edward VI. Thomas Seymour was the Lord High Admiral, although he longed to achieve a higher position.

His ambition led to his execution for attempted kidnapping of Edward VI in 1549, and his brother followed him to the block barely a year later.
12. Mary I is to Wyatt Rebellion as _____ is to ________?


Answer: Henry VIII is to Pilgrimage of Grace

The Wyatt Rebellion took place in 1554. It started as a protest against Mary I marrying Philip II of Spain, but turned into a plot to overthrow Mary and put the Protestant Elizabeth (Mary's half sister) on the throne in her place. The rebellion was stopped and Wyatt and his supporters were all executed within the year. Elizabeth was locked up in the Tower for months for suspected involvement until she had to be released due to lack of evidence.

The Pilgrimage of Grace took place during the middle of the reign of Henry VIII, and was started by ardent Catholics who were angry at Henry's new policies on religion in the newly established Church of England.

It was suppressed, but Henry was shaken by this, one of the worst events in his reign. The Essex Rebellion took place under Elizazbeth I, when one of her favorites, Robert Devereux, attempted to force her to rid herself of his enemies.


Answer: Mary I is to Philip II

Lady Jane Grey was the granddaughter of Mary Tudor, the youngest sister of Henry VIII. She was forced into marrying Guilford Dudley, the son of the powerful Duke of Northumberland John Dudley, in 1553. Dudley's plan was that when the young King Edward VI died (for he was very ill already and had no children to succeed him) he could place Jane on the throne, since she had royal blood and was of the right religion. Consequently, Guilford would be king.

His coup failed, and all three of them were executed in 1554. Mary I and Philip II fit with this because they were also married. Mary fell in love with his portrait, and he came to England from Spain in 1554 to marry her, his cousin.

He left her after several months and rarely returned to visit, causing another unhappy marriage for the Tudor family. Mary died in 1558, and it was rumored that she had died of a broken heart.
14. Eustache Chapuys is to Spain as _____ is to _____?

Eustache Chapuys was the Spanish ambassador in England during the reign of Henry VIII. This means that he stayed at the English court and reported back to Spain about what was going on, kind of like an official spy. Antoine de Noailles was the French ambassador during the reign of Elizabeth I. Thomas Wyatt was not an ambassador for Germany, and likewise Charles V was not one for Italy and Thomas Boleyn was not one for India.
15. Ferdinand and Isabella is to Columbus as _____ is to _______?


Answer: Elizabeth I is to Francis Drake

Ferdinand and Isabella gave Columbus permission to find a new sea route to India in the early 1490s. In 1492, he accidentally discovered the Americas. He never did reach India. Francis Drake was a pirate, but he is famous for being the first Englishmen to circumnavigate the globe. (Magellan beat him to the title of first person ever to circumnavigate the earth, but he doesn't fit with either Edward VI or Elizabeth). Elizabeth I encouraged his journeys, mostly for the wealth Drake brought back from looting Spanish treasure ships.
Source: Author princess_1990 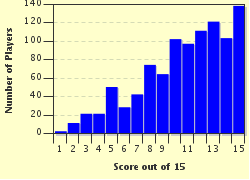