The people of Tudor-era England were an awfully unimaginative lot when it came to naming their children. See if you can sort out who's who in these questions!

Quiz Answer Key and Fun Facts
1. Who among these men was not named Thomas?

Anne Boleyn's brother was called George, and he was executed shortly before she was, on charges of treason and incest (with Anne).

Anne and George's father was Sir Thomas Boleyn, Viscount Rochford and Earl of Ormond and Wiltshire.

Katherine Parr, Henry VIII's sixth and final wife, married Thomas Seymour following Henry's death. He is also said to have tried to pursue relationships with Henry's daughters, in hopes of being named King in the future.

Cardinal Thomas Wolsey was a top advisor to Henry VIII early in his reign. Wolsey fell out of the King's favour when he could not get the Church to dissolve the marriage between Henry and Katherine of Aragon. He was accused of treason, suspected of loyalty to the Church ahead of State, but died of illness before he was tried.
2. Which of these ladies did not have the first name Mary?


Answer: All of these were named Mary

Henry's favourite sister was Mary, who became Queen of France when she married Louis XII. After the death of her French husband, she married the love of her life, and good friend of Henry's, Charles Brandon. Henry was furious at first, but because he adored the both of them, they were forgiven and welcomed back to the English court.

Anne Boleyn's sister was also named Mary, the now infamous "other Boleyn girl". She was a mistress of Henry's, while he was married to Katherine of Aragon. When she married a commoner, Mary fell out of favour with her family, and went onto lead a quiet country life.

Princess Mary, Henry VIII's daughter with Katherine of Aragon, was banished from court and declared a bastard while Henry was married to Anne Boleyn. She was later welcomed back and named in the line of succession, and ascended to the throne as Mary I in 1553.
3. What was the most common name among the six wives of Henry VIII?

His first wife was Katherine of Aragon, a Spanish princess who had previously been married to Henry's brother, the Prince of Wales. When he died, Henry took his place both as successor to the throne and as Katherine's husband.

Henry's fifth wife was the young Katherine Howard, who, like her cousin Anne Boleyn, was beheaded for adultery and treason.

Henry's last wife was Katherine Parr, who herself was married four times in her lifetime. She has been credited as reconciling Henry with his daughters and restoring them to the line of succession.
4. Which was the shared first name among the man who was first betrothed to Anne Boleyn, the illegitimate son fathered by Henry VIII with Lady Elizabeth Blount, and Anne Boleyn's nephew?

Before Henry VIII turned his eye to Anne Boleyn, she had been in love with, and betrothed to, Henry Percy. Their families forced them apart, because Henry Percy was already arranged to be married to a woman of higher standing than Anne.

Bessie Blount was one of Henry VIII's mistresses. She gave birth to his son, Henry Fitzroy. Little Henry was the only illegitimate child that the King recognized as his, and some people thought might one day be made a legitimate heir (before the baby who would be Edward VI was born).

Henry VIII's mother was Elizabeth of York. She was also the daughter of King Edward IV, the sister of Edward V and the niece of Richard III.

Elizabeth Howard married Thomas Boleyn and was the mother of Anne, Mary and George, as well as two other children (Thomas and Henry) who died in early childhood. A few historians believe that Elizabeth, like her daughters, was a mistress of Henry VIII, but that rumour has not been well-substantiated.

The only child of Henry VIII and Anne Boleyn was the Princess Elizabeth, later declared a bastard, and still later re-legitimatized. Their daughter ascended the throne in 1558 as Queen Elizabeth I. She was the last Tudor monarch of England, as she never married nor had an heir. When she died in 1603, her cousin's son, James VI of Scotland (of the House of Stuart), became James I of England.
6. Who among the following was not named William?

Henry VIII's older brother was Arthur, who had been the heir to their father's throne before Arthur died in 1502, at the age of 15, from sweating sickness. Henry VIII also had a younger brother, Edmund, who died before he was two years old.
7. Which of these first names is shared by the wife of George Boleyn, the grand-niece of Henry VIII who very briefly sat on the throne, and a wife of Henry VIII?

George Boleyn married Jane Parker, and it was certainly not a love match. When the downfall of the Boleyn family came in 1536, Jane Parker Boleyn was a key witness for the inquiry into Anne Boleyn's behaviour, giving testimony that George and Anne were involved in an incestuous relationship, which led to the execution of both of them. Jane herself was executed in 1542, for the role she played in Queen Katherine Howard's cheating on the King.

Henry VIII's third wife was Jane Seymour, whom he married eleven days after Anne Boleyn was beheaded. Jane was said to be Henry's favourite wife because she was the only one to give him a son that survived infancy. When Henry died in 1547, he was buried with Jane Seymour.

It is not certain for how long Lady Jane Grey was Queen of England, but it was not very long at all. The most popular guess is that her reign lasted nine days. She was the daughter of Frances Brandon and the granddaughter of Henry VIII's sister Mary. On his deathbed, Edward VI declared the descendants of Mary Brandon to be heirs to the throne, rather than his own sister Princess Mary. Mary had the support of the people, however, and Parliament declared her to be the lawful Queen.
8. During the reign of Henry VIII, was there a King of France also named Henry?

Henry's sister Margaret became Queen of Scotland when she married James IV. This led Henry to ensure that the line of succession, if need be, fell to his sister Mary (younger than Margaret) and her heirs, as he did not want Scots ruling England. Margaret's great grandson was James VI, who became King of England when Elizabeth I died.

Lady Margaret Beaufort was the mother of Henry VII, and therefore Henry VIII's grandmother. Her husband, Edmund Tudor, was the son of Dowager Queen Catherine of Valois and her second husband Owen Tudor.

Lady Margaret Shelton liked to go by the name Madge. It's possible that Madge Shelton was one of Henry VIII's many mistresses; this rumour is portrayed in the television series "The Tudors". However, more recently historians have come to believe that it was Madge's sister Mary who bedded the King. Other historians believe that there were not two Shelton sisters, that they were the same girl. One theory on this is that the handwriting on surviving records was not clear, and that Margaret's name was sometimes written as 'Marg', which could look like 'Mary'.
10. There sure were a lot of men named Thomas! Which of these was not one of them?

Robert Dudley was one of Elizabeth's favourites at court, as her Master of the Horse and later the 1st Earl of Leicester. When Elizabeth was deathly ill with smallpox in 1562, she named Dudley Protector of the Kingdom, but then made a full recovery. Dudley was widely believed to be her lover, and there were rumours that he murdered his first wife, Amy Robsart, in hopes of marrying Elizabeth. He later married Lettice Knollys, daughter of Catherine Carey.

Thomas Howard was the 3rd Duke of Norfolk, and the mastermind behind the rise of both Anne Boleyn and Katherine Howard. He also tried make his own daughter, Mary Howard, a mistress of the King, even though she was the widow of the King's illegitimate son. The Duke managed to evade punishment during Anne's downfall, but fell out of favour after Katherine's demise. He was arrested and imprisoned for treason in 1546, but Henry VIII died before Howard could be executed. He remained in prison until Mary ascended the throne and released him.

Thomas Cromwell was one of the King's top advisers, especially after the departure and death of Sir Thomas More. Cromwell was a great favourite of Henry's, because he supported the King as the head of the Church of England. Cromwell fell out of favour because he arranged the failed marriage between Henry and Anne of Cleves, and he was beheaded on the same day that Henry married Katherine Howard.

Thomas Cranmer helped Henry secure his divorce from Katherine of Aragon and supported the separation of the Church of England from the Pope. He was executed for treason and heresy by Mary I.
Source: Author guitargoddess 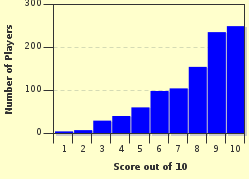