I am so fascinated by royalty, British royalty in particular. I hope you enjoy playing it as much as I enjoyed making it!

Quiz Answer Key and Fun Facts
1. Who was the wife of Henry VII?

Elizabeth was the daughter of Edward IV and sister to Edward V and Richard (The Princes In The Tower). Caroline of Brunswick was the estranged wife of George IV which resulted in one child Charlotte who died in childbirth. Mary Queen of Scots married first Francis Dauphin of France, Henry Lord Darnley and James Hepburn Earl of Bothwell. Victoria of Kent-Hanover is known in history as Queen Victoria wife of Prince Albert.
2. Who was the wife of Arthur Prince of Wales?

Lady Jane Grey was married to Guilford Dudley who were both executed by Mary I. Lady Mary Tudor became Queen Mary I (a.k.a. "Bloody Mary"). Elizabeth Howard married Thomas Boleyn. She was the mother of Anne Boleyn and the grandmother of Queen Elizabeth I.
3. Who was the first husband of Mary Tudor (Henry VIII's sister)?

James was the first of three husbands for Margaret. Mary married twice (Louis XII of France & Charles of Suffolk). Henrietta was the daughter of Charles I.
5. Which of Henry VIII's children was imprisoned in The Tower of London?

Mary imprisoned Elizabeth for allegedly plotting with Sir Thomas Wyatt. Edward probably had Elizabeth as his favorite sister. Henry Fitzroy died shortly after Anne Boleyn's execution leaving a widow Mary Fitzroy. She was born Lady Mary Howard the only daughter of Thomas Howard 3rd Duke of Norfolk who never remarried.
6. How many grandchildren did Henry VIII have?

Out of his three legitimate children and one illegitimate child only two married. Mary I and Henry Fitzroy. Mary I had a phantom pregnancy on two different occasions.
7. What relation is Lady Jane Grey to Henry VII?

Jane's mother is Frances Grey. Frances' mother is Mary Duchess of Suffolk. Mary is the daughter of Henry VII.
8. How many children did Lady Jane Grey have?

Jane's marriage was arranged by the Duke of Northumberland, the most powerful man in the land at the time. It has been suggested that the couple were not fond of each other and only consummated their marriage once. They had only been married a few months when the couple were imprisoned in the Tower of London in separate apartments.
9. Who is the husband of Lady Jane Grey?

Robert Dudley was her brother-in-law and great love of Queen Elizabeth I. Edward VI almost married Jane Grey had not Thomas Seymour not been caught in the act of sneaking into the King's Bedchamber (by a barking dog). Charles Brandon is her grandfather.
10. How many children did Queen Mary I and Queen Elizabeth I have combined?

Mary and Philip II of Spain were husband and wife but never had children. Mary did have what could be described as "phantom pregnancies". Elizabeth never married nor had a child.
Source: Author valjoedg 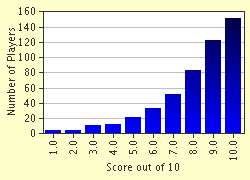