Follow the life of Thomas Seymour through his own eyes, and maybe figure out just what he was thinking!

Quiz Answer Key and Fun Facts
1. The first time I open my eyes, I see my parents standing above me. I try to ask them their names, but I can only make little gurgling noises. Just what are their names, anyway?

Thomas Seymour is the second son of John and Margaret Seymour. The Seymours enjoy some influence and power in England, as they are a rather old and noble family.
2. Since we are not old enough to go to court with my father, my brother Edward and I run around our family estate. For some reason, however, the name escapes me. Can you tell me the name of our home?

Wulfhall was located in Wiltshire, England. It had been the ancient home of the Seymours for many years. It is reported that Henry VIII first fell in love with Jane Seymour went he went to visit the Seymours there, during his marriage to Anne Boleyn.
3. I hope to become big and successful when I grow up, but my sister outdoes all of us by marrying the King of England himself! Do you know her name?

Jane Seymour married Henry VIII on May 30, 1536, only eleven days after Anne Boleyn's execution. With Jane's rise to power, it was only expected that her family would gain some advantage from it, just as Anne's family had received titles and lands when she had been queen.
4. I am now finally old enough to go to court, where I will be able to make my fortune. While there, I meet a beautiful lady who is absolutely smitten with me. Too bad the King already has his eyes on her, and won't let her out of his sight. What is the name of my unattainable love?

Katherine Parr fell in love with Thomas Seymour after the death of her second husband. They carried on a flirtation for a while, but soon Henry VIII started to notice her, and when he decided that he wanted to marry her, he sent Thomas off on foreign business away from England, so he could have Katherine for himself.
5. It's about time! The King gives me a title of my own. I was getting worried. My brother is already loaded with honors. What is this first official title that I am receiving, making me the controller of the seas?

The title of Lord High Admiral meant that Thomas controlled England's navy. This title may have been given partly so that Thomas would be away from court more often and he would not be able to woo Katherine Parr. However, Thomas was always eager for new titles and more power.
6. Well, my first love is now free since the King has died, and she has money and a title in addition to her beauty, but I think that now I can get an even better match. Which of these people am I considering as a worthy bride?


Answer: Either of the two princesses Mary and Elizabeth

Thomas decided that the best way to get more power was to marry royalty. He thought it would be the best for him if he could marry either the Princess Mary or the Princess Elizabeth, because then he would have a shot at becoming King of England someday. However, the King's Council would not approve this plan, and the Princess could not marry without the Council's approval.
7. So the Council was not happy about my high marriage hopes, and I have to marry elsewhere. No big deal. While my wife isn't looking, I can still steal precious hours alone with this girl, my beautiful teenage stepdaughter. What was her name again?

Katherine Parr ended up marrying Thomas, since Henry VIII had already died. She was the Dowager Queen, so she was royal, though by marriage, not birth. However, Thomas did not give up his hopes of marrying one of the princesses, and when Katherine Parr invited the Princess Elizabeth to live with them at Chelsea, he tried to seduce her behind Katherine's back.
8. I have now been made Baron Sudeley, but that's not quite enough for me. I mean, my brother is the Regent for the new King! Good thing I am the King's favorite uncle. What have I been doing to make King Edward VI like me more than my brother?

Edward Seymour, Thomas's brother, kept King Edward very low in pocket money, so Thomas tried to sweeten Edward by giving him extra money to spend. This had the desired effect on the young King, who felt stifled by the Lord Protector Seymour.
9. I am so wrapped up with my own plans that I have nearly missed the birth of my daughter and death of my wife. My late wife told me our daughter's name right before she died, but I seem to have trouble remembering. Maybe you can help me out. Was her name Mary?

Mary Seymour was born on August 30 or 31, 1548. She was named Mary after the Princess Mary Tudor. Katherine Parr died only a week later, and Mary disappears from the records only a few years after that.
10. To get even more power, it is a good idea to cement my favor with a marriage alliance. If King Edward marries a girl who is sympathetic to me, I could control him through her! I have a girl in mind already. She has been staying at Chelsea with me and my wife. What is her name?

Jane Grey was a cousin of Edward. She was born the same month and year as Edward, and was equally as Protestant, so it was thought that she would be a good match. Thomas felt that he would easily be able to control her, so if she married Edward, he could indirectly rule England.

However, Edward decided not to marry her. He thought it was his duty to marry foreign royalty, as his father had wanted.
11. My plan to marry Edward to one of my supporters turns out to be a bust. Well, I have another plan, but it's pretty drastic. How do I plan to get total control of the government?


Answer: By kidnapping the king

Thomas gathered a few followers and tried to build up an army. He decided that if he could kidnap the king and perhaps ransom him off, he could get either power or money, and would be able to supplant his brother Edward, "the Good Duke", in the Council.
12. When I get inside King Edward's rooms, I look around for his bed. However, I only take two steps before something goes wrong. In panic, I shoot my gun. What happened that made me open fire?

Edward's spaniel puppy caught Thomas sneaking in, and barked hysterically at the intruder. Thomas was afraid that the guards would hear the dog, and desperately shot the gun. Unfortunately, this wasn't a good plan because the shot was louder than the barking, and he woke both the King and the guards.
13. I am discovered in the King's rooms, gun in hand. What do they do with me?


Answer: Take me to the Tower of London

Being in the King's rooms at night, unauthorized, armed with a gun could only be construed as treason, and he was carted off to the Tower to await sentencing.
14. Boy, am I in trouble now! What I have done is treason, and the Council demands that I must pay for what I tried to do to King Edward. Their recommendation is execution. by what means do they want me to die?

The penalty for treason was death, and although most traitors die in a painful, drawn-out way, nobility usually were killed by beheading. The death warrant had to go through his brother Edward, but he stalled so much, that John Dudley brought it to the King and got it passed that way. Edward Seymour made no move to stop it.
15. The guards lead me to the place where I will die. I hold my breath and look at the sky, and remember sadly that this is my favorite time of year. What day is it, exactly?

Thomas was executed on March 20, 1549, on Tower Hill. At his death, he was found to have written notes to both of the Princesses that he had hidden in his clothing, warning them about Edward Seymour's treachery. The notes were discovered and destroyed.
Source: Author princess_1990 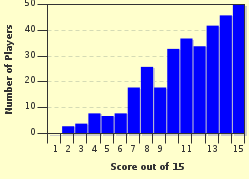