Who am I? Joseph, Joe or Joey Trivia Quiz

The name Joseph comes from the Hebrew name Yosef meaning "he will add". Can you identify the correct Joseph, Joe or Joey from these various fields including sports, history, entertainment, politics and the arts.

Joseph Stalin (1878-1953) was a Soviet revolutionary and served as the Soviet leader from c. 1927 till 1953. He was a brutal dictator when he organised the "Great Purge" of 1934-39, although he was a champion of socialism and the working class and his policies became known as Stalinism. He led the Soviet Union in their darkest days during the onslaught of the German Army during WWII.
2. Member of the Rat Pack

Joey Bishop (1918-2007) was an American actor and comedian. He had his own weekly comedy show and was a talk show host. He became a member of the "Rat Pack", joining such entertainers as Frank Sinatra, Dean Martin, Sammy Davis Jr. and Peter Lawford.
3. Baby Kangaroo

A baby kangaroo is called a "Joey" and is carried in its mothers pouch for approximately 8-10 months. When born they are about 2cm long and weigh less than a gram. When born it climbs up into the mothers pouch. The baby then attaches itself to one of the four teats.
4. Smokin' Joe

Joe Frazier (1944-2011) was an American professional boxer. He won a gold medal at the 1964 Olympics in Tokyo and was the undisputed Heavyweight Champion from 1970-1973. His fights with Muhammad Ali were brutal but classical and their bout in 1975 produced the "Thrilla in Manila".

In his professional career he had 37 fights for 32 wins (27 by Knock-out). He got the nickname "Smokin' Joe" from his manager who told him to go out there and make smoke come out of those gloves.
5. Leading Hollywood actor of the 1940s

Joseph Cotten (1905-1994) was an American film, stage, radio and television actor. He worked with Orson Welles in a number of films during the 1940s being "Citizen Kane", "The Magnificent Ambersons", "Journey into Fear" and "The Third Man". His acting career spanned over 50 years from 1930-1981.
6. Drummer in rock band, Aerosmith

Aerosmith is an American hard-rock band that was formed in 1970. Joey Kramer (b. 1950) has been a member and drummer of the band from the beginning. He is also a songwriter and has written a number of the Aerosmith hits.
7. Joltin' Joe

Joe DiMaggio (1914-1999) was a professional baseball player who played his entire career (13 years) with the New York Yankees. He was an All-Star in each of his 13 seasons and is best known for his 56 game hitting streak in 1941. He received the nickname "joltin' Joe" after this 56 game streak. Joe was a 9 times World Champion with the Yankees.

He was also married to Marilyn Monroe in the mid 1950s.
8. Nazi Minister of Propaganda

Joseph Goebbels (1897-1945) was a German politician and Nazi Minister of Enlightenment and Propaganda from 1933-1945. He was one of Adolf Hitler's closest and most devoted followers. He was also known for his skills in public speaking. One day after Hitler's death Goebbels and his wife poisoned themselves and their six children.
9. Member of Chicago Outfit crime organisation

Joseph "Joey the Clown" Lombardo ( b. 1929) is an imprisoned gangster, racketeer and high-ranking member of the Chicago Outfit crime organisation. He served 14 years in prison from 1978-1992 and then in 2007 was found guilty of racketeering, extortion and loan sharking and was sentenced to life in prison. He received the "Joey the Clown" because of his joking and humorous habits.
10. American Politician and U. S. Senator in 1940s and 50s

Joseph McCarthy (1908-1957) was an American politician and U. S. Senator from 1947-1957. He rose to national attention in the early 1950s with his speeches and statements that the US federal government was riddled with Communist infiltrators and spies.

He even made suggestions that many influential people outside of the government were Communist sympathizers. His actions were so outrageous, that the term "McCarthyism" was coined and today it "is the practice of making accusations of subversion or treason without proper regard for evidence". (https://en.wikipedia.org/wiki/McCarthyism).
11. English singer and musician

In 1982 he topped the charts in the USA in a duo with Jennifer Warnes with "Up Where We Belong" and it was recorded for the 1982 movie "An Officer and a Gentleman".
12. Composer of the Classical period

Joseph Haydn (1732-1809) was an Austrian composer of the Classical period. He helped develop chamber music and in particular the piano trio. The piano trio consisted of piano and two other instruments which were usually the violin and cello. He was the older brother of the composer Michael Haydn; he was a mentor to Mozart and a teacher of Beethoven. Joseph Haydn has been termed the "Father of Symphony" and the "Father of the String Quartet".
13. Polish-English novelist and short story writer

Joseph Conrad (1857-1924) was a Polish-English novelist. He was granted British nationality in 1886 and although he could not speak English fluently he brought a non-English style to his literature. As he had been in the British merchant marine his novels and short stories had a nautical setting.

A number of his novels have been adapted to film and television including " Lord Jim", and the 1979 movie "Apocalypse Now" was an adaption of his novel" Heart of Darkness".
14. Academy Award winner in 1990

Joe Pesci is an American actor, singer, musician and comedian. He has appeared in numerous movies including "Raging Bull", "Goodfellas", "Casino", "Lethal Weapon 2", "Lethal Weapon 3" and "JFK" to name just a few. He was nominated for the Academy Award for Best Supporting Actor for his role in "Raging Bull".

However, he won his first Oscar as Best Actor in a Supporting Role in "Goodfellas" (1990) for his portrayal as Tommy DeVito.
15. Channing Tatum

Channing Tatum is an American actor. He played the role of Duke in the military science fiction action movie series "G. I. Joe: The Rise of Cobra" (2009) and "G.I. Joe: Retaliation" (2013).
Source: Author zambesi 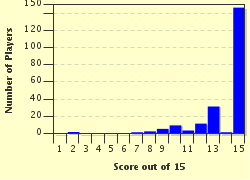