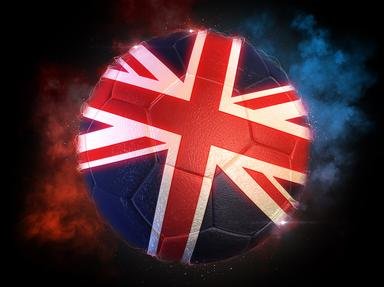 Quiz Answer Key and Fun Facts
1. Which of these countries has Scotland played only once and will never play again?

Scotland played Zaire in the 1974 World Cup finals, winning 2-0. Zaire is now called the Democratic Republic of Congo and will therefore never compete again as Zaire. Although Scotland will never play Yugoslavia or the Soviet Union again, since they have broken up, they had played them more than once before the break up.
2. Who equalled Denis Law's record of 30 goals scored for Scotland in 1984?

Scotland first qualified for Euro '92 which was held in Sweden. Scotland's group consisted of Germany, Netherlands and the Commonwealth of Independant States (CIS). CIS qualified for the tournament under the banner of the USSR which broke up shortly before the tournament began.
4. Who were Scotland's first ever opponents in an international match?

Scotland's first international match was played at the West of Scotland Cricket Ground in Glasgow in 1872. The match ended in a 0-0 draw.
5. What nickname are Scotland's fans usually known by?

Scotland's national stadium is called Hampden Park. It's capacity is just over 52,000. At Hampden Park the pop group Runrig recorded a version of the song "Loch Lomond" with the Tartan Army credited on backing vocals.
6. Who wrote the 1982 World Cup squad's song, "We Have a Dream"?

All the above named artists have either written or performed songs for the Scotland National Team. Andy Cameron wrote "Ally's Tartan Army" for the 1978 World Cup Squad which is still to this day a big hit with the Tartan Army.
7. Who scored the final goal in Scotland's opening World Cup match in France '98?

Tom Boyd unfortunately scored an own goal which resulted in Brazil winning the match 2-1. Scotland put up a brave performance but came up short in the end.
8. What was the score in the last England vs. Scotland international at the old Wembley Stadium?

This was the 2nd leg of a Euro 2000 qualification match. Scotland were not expected to win this game having lost the first leg at Hampden 2-0. In a spirited performance they won the match 1-0 and bar a fantastic save by England goalkeeper David Seaman, the game would have went to extra time.
9. Who scored the goal that sealed Scotland's qualification for the 1974 World Cup?

Scotland played Czechoslovakia at Hampden Park in the penultimate qualification match for the 1974 World Cup. Nehoda scored first to give the Czechs the lead in 33 minutes. Jim Holton then scored an equaliser for Scotland in the the 40th minute. In the second half, with the game still tied at 1-1, Joe Jordan scored a dramatic late winner, thereby securing Scotland's passage to the 1974 World Cup.
10. What nationality was the first non-Scottish manager of Scotland?

Berti Vogts was Scotland's first foreign manager and he managed Scotland for two and half years. He failed to qualify for Euro 2004 and after a 1-1 draw with Moldova during a 2006 World Cup qualifying match, which virtually ended Scotland's hopes of qualification, the Scottish fans demanded his resignation, and within a month he resigned from his post.
Source: Author BigUncleChester 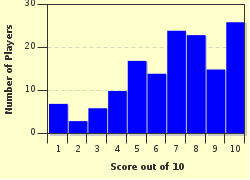 
Other Destinations
Explore Other Quizzes by BigUncleChester