The Life and Times of David Boreanaz Quiz

Here is a quiz chronicling the life and times of actor, David Boreanaz. Just how much do you know about him?

Quiz Answer Key and Fun Facts
1. Actor David Boreanaz may have been born in the state of New York, but he grew up in a completely different environment. Which US state includes the city of brotherly love, which is where Boreanaz spent most of his childhood?

David Patrick Boreanaz was born on the 16th of May, 1969, in Buffalo, New York. However he spent his childhood growing up in Philadelphia, Pennsylvania, where he attended the Rosemont School of the Holy Child, then the Malvern Preparatory School, before moving to New York to go to college. From there, he set up home in Hollywood, where he began his acting career.
2. David Boreanaz's first real acting job came in 1993, when he appeared on a well known television series, as Christina Applegate's boyfriend, Frank. Which of the following was it that provided him with a starting point?

In 1993, David Boreanaz secured a guest role in the popular American sitcom, "Married... with Children" (1987). "Married...with Children" was a programme which centred around the Bundys, a dysfunctional family from Chicago, Illinois. Boreanaz appeared on the series for one episode, as Kelly's (Christina Applegate) biker boyfriend, Frank.
3. With which actress and model did David Boreanaz father two children, named Jaden Rayne and Bardot Vita?

David Boreanaz was married for the first time in 1997, to Ingrid Quinn. However the marriage ended in 1999, when the couple divorced. Boreanaz then started dating actress and Playboy model, Jaime Bergman, whom he married in 2001. Their son, Jaden Rayne, was born on the 1st of May, 2002, and some years later, on the 31st of August, 2009, their daughter, Bardot Vita, entered the world.
4. Boreanaz's role as Angel in "Buffy the Vampire Slayer" (1997), was originally only meant to last for two seasons.

In the 1997 television programme, "Buffy the Vampire Slayer", David Boreanaz played Angel, a vampire with a soul. After being cursed by Gypsies, his soul was returned to him, causing him to feel all the pain he had ever inflicted upon others. Tormented by guilt and remorse, Angel spent his days attempting to atone for his misdeeds.

However Boreanaz's role in "Buffy the Vampire Slayer" (1997) was originally meant to be short lived. When the series began, his character, Angel, was never intended to be brought back, after the season finale of series two. Luckily for Boreanaz, however, the network wanted Joss Whedon, the creator, to write a spin-off of this popular series. Angel was then brought back in season three of "Buffy" (1997), in order to set up his move to Los Angeles.

Therefore in 1999, Boreanaz found himself starring in his own television series, entitled "Angel".
5. On what part of his body did David Boreanaz have surgery in 2004?

In 2004, while filming for "Angel" (1999) was still going on, David Boreanaz had an operation on his left knee. The surgery involved reconstructing part of his knee, in order to correct an old injury he sustained back high school. Luckily for Boreanaz, his operation did not affect his career a great deal, and he was able to continue filming his scenes for "Angel" (1999).
6. During the beginning of the twenty-first century, David Boreanaz starred in a horror film that was directed by Jamie Blanks. Which of the following holidays did this film focus on?

In 2001, Boreanaz starred alongside Denise Richards and Katherine Heigl in the slasher flick, "Valentine". In this film, Boreanaz played Adam Carr, a man who used the run up to Valentine's Day to take revenge on the girls who tormented him in high school. One by one, Adam took his revenge, by murdering each girl who once rejected him, all the while, hiding behind a Cupid mask.

The film was not a success, and received a 15% poor rating from rottentomatoes.com. One nonplussed reviewer was less than impressed by its Valentine's Day theme, commenting that "Hopefully audiences will come to their senses and mark this one 'return to sender'."
7. David Boreanaz grew up as an only child.

David Boreanaz grew up as the youngest of three children, with two older sisters, named Beth and Bo. His sister, Beth went on to become a Maths and History teacher, while his other sister, Bo, married and had two children, a girl named Caledonia, and a boy called Griffin.
8. What was the name of the character David Boreanaz played in the hit television series, "Bones" (2005)?

In 2005, David Boreanaz took on the role of Seeley Booth, in the television crime drama, "Bones". Loosely based on the life of forensic anthropologist, Kathy Reichs, the show focused on various FBI cases involving the discovery of human bones. Special Agent Seeley Booth (Boreanaz), was the FBI agent who teamed up with Dr. Temperance Brennan, a forensic anthropologist, in order to identify the victim and apprehend the offender.
9. What sport did David Boreanaz play in high school, and even consider pursing as a career?

As a teenager, David Boreanaz played American football for his high school team. Alternating between the position of wide receiver and defensive back, he even considered making this sport his career. However his dreams of becoming a professional sports star came to an end after he injured his knee in a track jump.
10. David Boreanaz not only had a hand in directing one or two episodes of "Angel" (1999), but also some episodes of "Bones" (2005). 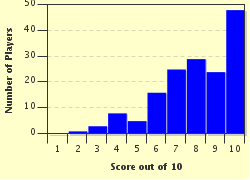