We Have a Pill for That! Trivia Quiz

Food pills, in this case. You may surprised by what medicinal foods there are. As with many conventional medicines, there can also be unintended side effects. Can you match the foods to the descriptions?

Quiz Answer Key and Fun Facts
1. Reportedly good for improving night vision, large amounts of this food are more likely to give your skin a golden glow. What medicinal food is this?

Take yourself back to the Second World War and the Battle of Britain. The British were achieving success in shooting down enemy aircraft during night raids. How? The story promoted at the time was that eating carrots enhanced night vision, however this was a deception intended to mislead. The real reasons for the gunnery success were the use of radar and of red lights on instrument panels, which helped pilots retain their night vision.

All the foods listed above contain organic pigments known as carotenes, some of which are partly metabolised by the body into vitamin A. Vitamin A is essential for healthy vision, amongst other things, and night blindness is one of the first symptoms of a deficiency in vitamin A. So in that sense, these foods are important for night vision.

The orange colour of the carrot is mostly due to beta-carotene and eating large amounts can give your skin an orange tinge. Other foods rich on beta-carotene include sweet potatoes, tomatoes, lettuce, peppers and plums. So eating your fruit and veg can not just make you feel healthy but also look healthy. A better alternative than the tanning salon?
2. Considered an aphrodisiac, which spring veggie has the side effect of producing smelly pee?

Asparagus pee is caused by the breakdown during digestion of a number of sulphur-containing compounds in asparagus. Methanethiol is one such compound and about 25% of people have the gene which allows them to detect it.

Smelly urine is worth putting up with for the vegetable's cancer-fighting compounds alone. This food is high in antioxidants and a rich source of glutathione, a detoxifying compound that helps break down carcinogens amongst other chemicals. It is also a natural diuretic (helping to purge the body of excess salts) and a rich source of antioxidants (reportedly with anti-ageing effects). Another asparagus compound (folate) combines with vitamin B12 to help people retain their brain performance.
3. This fruit is rich in vitamin C and its antioxidants reduce cholesterol levels, which may help lower the risk of cardiovascular disease. A downside of this fruit is that it might kill you. Which citric hybrid is this?

Amongst other benefits, the fruit is high in vitamin C and antioxidants. Its salicylic acid acts as an antiseptic and eases arthritic symptoms. It increases the body's rate of metabolism and so has a place in the weight loss industry. Red grapefruit has the anti-cancer agent lycopene, whose effect is enhanced by the fruit's vitamins A and C.

All very useful, however one of the effects of the fruit is to suppress the action of certain enzymes in the small intestine. For a significant number of medicinal drugs taken orally, this reduces the rate at which the drugs are metabolised which, in effect, increases the dosage rate. In some instances this can be to dangerous, even fatal, levels.
4. A good addition to your diet, this root vegetable is high in fibre and rich in vitamins and minerals as well as having some anti-cancer, anti-inflammatory and anti-fungal properties. The downside? Contact with the leaves and stalks can make skin hyper-sensitive to UV light. What plant is this?

The leaves and stalks of parsnips contain furanocoumarin, a chemical which is sensitive to ultra-violet light. Getting sap onto your skin when harvesting parsnips, particularly on a sunny day, is likely to result in burns, blisters and redness.

Grocery-bought parsnips normally have their leaves and stalks removed so this should not be an issue. If you grow them in the garden, wearing gloves when harvesting them would be a good idea.
5. This food is thought to help with liver disease, reduce blood pressure and improve blood circulation. On the other hand, too much of this food may colour your urine pink. What vegetable medicine offers these properties?

The nitrates in beetroots (or beets) are linked to dilation of blood vessels, which has been shown to improve running performance. For the same reason, drinking beetroot juice may help slow down progression of dementia. Too much of a good thing however can be harmful. Due to its relatively high oxalate content, it is best avoided if you have kidney stones.

The beetroot is also the source of betanin, an industrial food colourant used in ice creams, tomato paste, cereals, jams, sweets and the like. So it perhaps unsurprising that it can dye your pee.
6. Which of the following grocery products is a natural remedy for constipation and, should you over-indulge, a cause of diarrhoea?

A prune is a form of dried plum, typically a free-stone European plum. In addition to being highly nutritious, it is well-known for its laxative properties. Not surprisingly, you can overdose yourself by eating too many of them and end up give yourself diarrhoea.

Another potentially diarrhoea-causing chemical is sorbitol, a sugar alcohol which can be found in apples, pears and ... yes ... prunes. Sorbitol is usually made from corn sugar and is typically found in products such as sugar-free chewing gum. Another thing not to be over-eaten.
7. So you've just sat down to a bite to eat, some fruit, nuts and cuppa, and are thinking of your busy stressful afternoon coming up. You are in a quiet space by yourself but then hear voices. Hmm, that's strange. Which grocery-bought stimulant can give you auditory hallucinations?

The culprit is the caffeine, which is found in drinks such as coffee, tea, hot chocolate and various energy drinks. Foods are not immune - coffee-flavoured foods and chocolate sweets will also normally include caffeine.

There are a whole host of benefits attributed to coffee drinking, however it is quite possible to over-do it. Studies have been done that suggest that five cups of coffee or more a day can trigger hallucinations, particularly in those leading stressful lives. The caffeine appears to increase stress levels and make people more prone to psychosis-type symptoms. Now you know.
8. "Wash your mouth out!" is something you might have heard as a child if you said something inappropriate. This was not usually meant literally, however eating this gives some people a soapy-tasting mouth. That's a shame because this herb offers a variety of health benefits. Used extensively in Indian, Thai and Mexican cooking and in salads in Western cuisine, what is this small-leafed plant?

Amongst the health benefits of this herb, it helps lower cholesterol levels, reduces blood pressure, is used as the antiseptic element in natural toothpastes and helps with skin conditions. Regarding the soapy mouth-feel, there is some research suggesting that some people's distaste for the herb is an inherited trait, with variations in certain olfactory-receptor genes being the cause.
9. Rich in mono-unsaturated fats, antioxidants and other beneficial nutrients, this legume is good for the heart, has anti-cancer properties and is good for cholesterol levels. It can however induce a severe allergic reaction. With nearly 50% fat content, which family favourite is this?

Quite a few people have allergies to foods including all of those listed, however only the peanut is classed as a legume. A legume is a plant (or seed) from the Fabaceae family of plants, which includes peas, beans, lentils and wisteria.

Even minute amounts of peanuts can cause anaphylaxis, a severe allergic reaction which can be fatal if not treated promptly. Although peanuts are not technically nuts, people with peanut allergy are often allergic to nuts such as almonds, hazelnuts and walnuts.
10. Promoted as a healthy source of protein and a cholesterol-lowering food, this food has a potential dark side as well. Which pervasive protein-substitute contains phytoestrogens, similar to the female fertility hormone estrogen?

Found in many forms (such as tofu, soya milk, miso, endame beans) and in more than 70% of all grocery food products (according to some estimates), the soya bean (soybean) has been a boon for vegetarians and for those not able to tolerate milk products. The phytoestrogens (plant-based hormones) however can, it seems, have a negative effect on people. In the case of men, there is research pointing to reduced fertility and other hormone-related changes.

Soya beans have formed an important part of the Asian diet for over a thousand years, mainly as a whole food in contrast to the highly-processed forms typically consumed in the West. Perhaps as a result of the long history with the bean, there are differences in the way the bean is metabolised in the East.

The medical position is potentially complicated by the fact that most of the soya beans grown in the US are GMO beans (genetically modified) with uncertain effects on the body.
Source: Author suomy 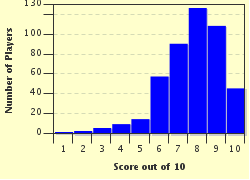