Agatha Christie never allowed her two most famous detectives to meet - until now! This quiz is a mixture of full length novels - five Miss Marples and five Hercule Poirots. Warning - spoilers ahead!

Quiz Answer Key and Fun Facts
1. In "The Mirror Crack'd from Side to Side", for whom is the fete at Gossington Hall organised?

The title of the book is from Lord Tennyson's poem "The Lady of Shallot". Colonel Bantry is dead by the time this book begins, so Dolly Bantry sells Gossington Hall - the site for a murder in "The Body in the Library" - to the famous actress, Marina Gregg, and her film producer husband, Jason Rudd.

Heather Babcock, a gushing villager, who was thrilled to meet Marina, drops dead during the fete. But why did Marina have a "frozen look" on her face?
2. In "Three Act Tragedy", where is "Crow's Nest"?

"Crow's Nest" is owned by Sir Charles Cartwright, a retired actor. Sir Charles is attracted to "Egg" (real name Hermione) Lytton Gore. Poirot has to find out why a man was poisoned at a house party - two more people will be poisoned in the same way throughout the novel - and unmask a murderer.
3. In "A Caribbean Mystery", what are Colonel Edward Hillingdon and Evelyn Hillingdon interested in?

They are botanists, as are the Americans, Lucky and Gregory Dyson. The Hillingdons and the Dysons often holiday together. Although the Hillingdons seem to have a perfect marriage, Edward once had an affair with Lucky. Lucky is Greg's second wife. It is thought that Edward helped to arrange the death of the first Mrs Dyson.
4. Whose seat is a blowpipe found pushed down in "Death in the Clouds"?

Poirot is flying from Paris to London when someone is murdered. This is a new twist on the locked-room mystery; seemingly only the people on the aeroplane could be the murderer or murderers. And why did the victim have two coffee spoons on her tray instead of just one?
5. In "At Bertram's Hotel", what did Canon Pennyfather see as he entered his hotel room, after missing his flight to Lucerne?

Canon Pennyfather was an extremely absent-minded person, who was staying at Bertram's Hotel. He was due to attend a conference in Lucerne, but got the wrong day. He saw himself - or a doppelganger (someone disguised as the Canon) - before someone hits him on the head.

He wakes up several days later in a different house. The novel also includes an heiress, who is desperate to inherit a large fortune, and her estranged mother.
6. In "The A.B.C. Murders", whereabouts in England is Churston?

This is a mysterious case, with a murderer boasting of his murders even before they are committed. They are done alphabetically - Alice Ascher from Andover dies from a blow to the head, Betty (or Elizabeth) Barnard from Bexhill-on-Sea is strangled with a belt, while Sir Carmichael Clarke's head is bashed in.

The victims are found with an A.B.C. railway guide. Poirot and Hastings have to unmask the murderer before it is too late.
7. In "Nemesis", Miss Marple reads of the death of Jason Rafiel, who she met in "A Caribbean Mystery". He gave her the nickname of "Nemesis", a Greek goddess. But what was she the goddess of?

Jason Rafiel has arranged for Miss Marple to go on a coach tour. He also wants her to find out if his son is a murderer or not.
8. In "Murder in Mesopotamia", how was Louise Leidner killed?


Answer: Blow to the head

The story is set on an archaeological dig. Louise Leidner was married to a German spy before marrying Doctor Eric Leidner. Although her first husband is supposed to be dead, Louise was convinced that he was still alive; she was getting anonymous letters. Another victim in the book dies from hydrochloric acid. Poirot is assisted by Nurse Amy Leatheran.
9. In "Sleeping Murder", what does Walter Fane do for a living?

This is Miss Marple's final full length mystery. It seems to be out of chronological order because Colonel Bantry makes an appearance, and, by the time "The Mirror Crack'd From Side to Side" was published, he was dead. This is because "Sleeping Murder" was originally written during World War II, and then put in a vault, together with "Curtain: Poirot's Last Case" in case anything happened to Agatha.

A young woman has irrational fears when she moves into an old house, and they get worse after going to see "The Duchess of Malfi" at the theatre.
10. In "Cards on the Table", Hercule Poirot is at an exhibition when Mr Shaitana invites him to dinner. What was the subject of the exhibition?

This is a curious case, when the mysterious Mr Shaitana invites four well known detectives to dinner, as well as four people who could possibly be murderers. During an after-dinner game of bridge, Shaitana is stabbed to death.
Source: Author JaneMarple 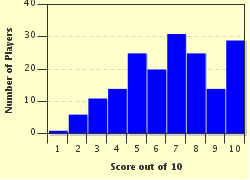