The Lyrics & Poetry of The Doors Quiz

The Doors blurred the lines between driving rock lyrics and epic poetry. Provocative, daring, sometimes even bizarre, the work of the Doors has never truly been equaled. Try to match the lyrics to the song. Some are more well known than others...

Quiz Answer Key and Fun Facts
1. "By this time the weather Had changed one degree She asked for the people To let her go free..."


Answer: End of the Night

From the debut album "The Doors". Released in 1967 by Elektra Records, and produced by industry legend Paul Rothchild, this album exploded into an already explosive decade, becoming a defining work of what would become known as Acid Rock.
3. "Streets are uneven when you're down..."

From Jim Morrison's epic "Celebration of the Lizard" which was originally meant to be released on the "Waiting For The Sun" album but didn't make it. It can be heard on the "Absolutely Live" album released in 1970.
5. "There's danger on the edge of town Ride the king's highway..."

From the album "The Doors". Live performances of "The End" were often filled with improvisation of both the music and the lyrics. The ominous song can also be heard in the Vietnam war masterpiece, "Apocalypse Now".
6. "You reach a hand to hold me But I can't be your guide..."

From the second album, "Strange Days". According to Doors' lore, the lyrics to this song were the first Jim shared with Ray before forming the band.
7. "She dances on her knees Pirate prince at her side..."

From the album "The Soft Parade". My favorite of all the Doors' songs, Ian Astbury of The Cult performed a killer rendition of this song on the "Stoned Immaculate" tribute CD.
8. "She came into town and then she drove away Sunlight in her hair..."

From the album "Morrison Hotel". Released in 1970, this album was a successful move away from the psychedelic style of the 60's to the stripped-down, blues sound of a bar band.
9. "Took a look around, see which way the wind blow..."


Answer: Five To One

From the album "Waiting For The Sun", the title of this song referred to a statement about the youth of the country out-numbering their elders, and the song became a screaming anthem against authority and the status-quo.

"Five to one, baby
One in five
No one here gets out alive, now
You get yours, baby
I'll get mine
Gonna make it, baby
If we try

The old get old
And the young get stronger
May take a week
And it may take longer
They got the guns
But we got the numbers
Gonna win, yeah
We're takin' over
Come on!

Your ballroom days are over, baby
Night is drawing near
Shadows of the evening crawl across the years
Ya walk across the floor with a flower in your hand
Trying to tell me no one understands
Trade in your hours for a handful dimes
Gonna' make it, baby, in our prime

Come together one more time"
12. "O great creator of being grant us one more hour to perform our art and perfect our lives..."

From the album "An American Prayer". In 1978, seven years after the death of their lead singer, the remaining Doors, Ray, John, & Robby, added their signature music to tracks of Jim's spoken word poetry, celebrating their friend for what he always considered himself to primarily be, a poet.

From the album "Strange Days". Considered the album's centerpiece, the song was an ambitious extended track, railing against everything from organized religion to pollution. The song's rallying cry "We want the world, and we want it now!" became a "call to arms" for the counterculture rising up around the Doors in the turbulent environment of the late 1960's.
14. "Summer Sunday and a year, I guess I like it fine so far..."

From the album "Waiting For The Sun". "I think the Doors are a representative America group. America is a melting pot and so are we. Our influences spring from a myriad of sources which we have almalgamated, blending divergent styles into our own thing. We're like the country itself." -Ray Manzarek, 1968
15. "The future's uncertain and the end is always near..."

From the album "Morrison Hotel". An all-out slammin' blues anthem, "Roadhouse Blues," maybe more than any other Doors' song, seemed to convey the turn of Jim Morrison from the mystical 60's poet to self-destructive rock deity.
16. "All your love is gone So sing a lonely song Of a deep blue dream..."

From the album "L.A. Woman". Released in 1971, this was the last official studio album. "L.A. Woman" was still high on the charts when Jim died in Paris in July of the same year.
17. "Forget the world, forget the people And we'll erect a different steeple..."

From the epic "Celebration Of The Lizard".

"Once I had a little game,
I liked to crawl back into my brain,
I think you know the game I mean,
I mean the game called 'go insane'.

Now you should try this little game,
Just close your eyes forget your name,
Forget the world, forget the people,
And we'll erect a different steeple.

This little game is fun to do.
Just close your eyes, no way to lose.
And I'm right there, I'm going too.
Release control, we're breaking through."
18. "Deliver me from reasons why You'd rather cry I'd rather fly..."

From the album "The Doors".

"The world we suggest is of a new wild west. A sensuous evil world. Strange and haunting, the path of the sun, you know? Toward the end. At least for our first album. We're all centered around the end of the zodiac. The Pacific-violence and peace-the way between young and the old." -Jim, from the original Elektra Records biography, 1967
19. "I know where I would like to be Right back where I came..."

From the album "The Soft Parade". Though Jim wrote the vast majority of their songs, "Wishful Sinful" was one of many composed by the Doors' masterful guitarist, Robby Krieger. Among others on the list are some of the group's most well-known songs, such as "Touch Me" "Love Her Madly" "Love Me Two Times" and their signature hit, "Light My Fire".
20. "Love has been lost. Is that the reason Trying desperately to be free..."

From the album "Waiting For The Sun".

"In The Doors we have both musicians and poets, and both know of each other's art, so we can effect a synthesis. In the case of Tim Buckley or Dylan you have one man's ideas. Most groups today aren't groups. In a true group all the members create the arrangements among themselves." -Robby, from original Elektra Records biography, 1967
21. "Out here in the perimeter there are no stars..."

From the album "An American Prayer". "Stoned Immaculate" was also used as the title of the Doors' tribute CD released in November of 2000. The album features contemporary bands such as Creed, Days of the New, Train, and Stone Temple Pilots, as well as legends like Aerosmith & John Lee Hooker.

The Doors covers, several featuring Ray, John, and/or Robby, are fun and original, and not merely a parade of Jim Morrison impersonators. The CD also presents previously unreleased original Doors music. STP's "Break On Through" & The Cult's "Wild Child" are the CD's stand-out performances.
22. "When she moves my brain screams out this song..."

From the album "Waiting For The Sun". "(Jim) loved to play his maraca, and dance like an American Indian. He would lift one leg and jump around in a circle as if he were at a campfire. This wasn't no James Brown dance imitation. Sometimes he would be so loose with his movements, I got inspiration for what I was playing from watching him. I drummed harder when Jim, Ray, or Robby were "into it." The groove got so deep, the mud splattered a third of the way up our pant legs. Those inspired moments made me think that Jim's boyhood story about the American Indian shaman who possessed him in the desert was true.

He said that when he was four years old, he and his parents were driving through New Mexico and passed a serious car accident. Jim said later that he felt the soul of the old Indian who was lying on the side of the road leap into him.

A leap of faith if there ever was one." -John Densmore, from his book "Riders on the Storm"
23. "Please stop & you'll remember We were together Anyway..."

From the album "The Soft Parade".

Will you give another chance?
Will you try a little try?
Please stop and you'll remember,
We were together,
Anyway,
All right!"
24. "I know the words that you long to hear, I know your deepest secret fear..."

From the album "Morrison Hotel". "Here was a band whose unexpressed goal was nothing short of musical alchemy-they intended to wed rock music unlike any ever heard before with poetry and that hybrid with theater and drama. They aimed to unite performer and audience by plugging directly into the Universal Mind.

They would settle for nothing less. For them that meant risk, no gimmicks, nothing up their sleeves, no elaborate staging or special effects-only naked, dangerous reality, piercing the veil of maya with the music's ability to awaken man's own dormant and eternal powers." -Danny Sugarman, long-time Doors' friend and author of "The Illustrated History"
25. "The music and voices are all around us..."

"Awake/Ghost Song" from the album "An American Prayer".

"Is everybody in?
Is everybody in?
Is everybody in?
The ceremony is about to begin.
WAKE UP!
You can't remember where it was,
had this dream stopped?
Awake,
Shake dreams from your hair,
My pretty child, my sweet one.
Choose the day and choose the sign of your day,
The day's divinity,
First thing you see.
A vast radiant beach in a cool jeweled moon,
Couples naked race down by it's quiet side,
And we laugh like soft, mad children,
Smug in the wooly cotton brains of infancy,
The music and voices are all around us.
Choose they croon the Ancient Ones,
The time has come again,
Choose now, they croon,
Beneath the moon,
Beside an ancient lake,
Enter again the sweet forest,
Enter the hot dream,
Come with us,
Everything is broken up and dances."
Source: Author savgmouse 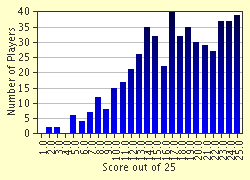 
Other Destinations
Explore Other Quizzes by savgmouse