Jim Morrison was first and foremost a poet and as such, he wrote many of The Doors songs, although all the band collaborated on much of their material. Here are some of the lyrics, name the song.

Quiz Answer Key and Fun Facts
1. Name the song which is from the Doors album 'The Soft Parade'. 'I'm gonna love you Till the stars fall from the sky, for you and I...'

This was released in 1968 and featured on the Doors album 'The Soft Parade'.
It was written by Robbie Krieger, guitarist with the Doors.
It reached number three on the Billboard Hot 100.
2. What song is this? It is on the Doors 'Morrison Hotel' album. 'Well I woke up this morning, and I got myself a beer. The Future's uncertain, And the end is always near...'

This track is from 'Morrison Hotel' released in 1970 and all of the band collaborated on it. It was released as the 'B' side of 'You Make Me Real', and Lonnie Mack (guitar and bass) and John Sebastian (harmonica) joined in the recording sessions.
The song was used, as a cover version by The Jeff Healey Band, in the 1989 film 'Road House', starring Patrick Swayze.
3. From the Doors 'Strange Days' album, which song is this? 'Women seem wicked when you're unwanted Streets are uneven when you're down...'

Besides being a track on their second album, 'Strange Days' and released as a single in 1967 it peaked at number twelve on the Hot 100 chart. This was also the title of a documentary about The Doors, in 2009, featuring some previously unseen footage of the band, narrated by Johnny Depp.
4. Name this song from the Doors' album 'Waiting for the Sun'. 'Breakfast where the news is read, Television children fed, Unborn living, living dead...'

This track was from the Doors third studio album, 'Waiting for the Sun' (1968). It was released as a single in the same year and reached number thirty-nine on the Hot 100.
The words were Morrison's protest against the Vietnam War, especially against the mundane way scenes of killing and maiming were mundanely presented by the media, in all homes across America.
5. This track is from The Doors album 'Waiting for the Sun', but which is it? 'House upon the hill, Moon is lying still, Shadows of the trees, Witnessing the wild breeze, C'mon baby run with me, let's run...'


Answer: Not to Touch the Earth

This track is an extract from Morrison's poem 'The Celebration of the Lizard King', all of which was recorded at the time, but only the shortened track 'Not to Touch the Earth' made it onto the album although the entire poem was printed on the album sleeve.
Morrison's inspiration for the track came from parts of 'The Golden Bough ( A Study in Magic and Religion)' written by James Frazer, a Scottish anthropologist, published in 1890. It is a study of mythology and religion.
6. This was the 'B' side of the single released from the Doors album 'The Soft Parade'. 'All right _____ _____ full of grace Saviour of the human race Your cool face Natural child, terrible child Not your mother's or your father's child...'

This track was released as the 'B' side of 'Touch Me' in 1969 and was written by Jim Morrison.
7. From 'Morrison Hotel' by the Doors, what track is this? 'Sign on the road said 'Take us to Madre' No-one can save her, save the blind tiger He was a monster, black dressed in leather, She was a princess...'


Answer: Queen of the Highway

This was the ninth track on 'Morrison Hotel'; the album was released in 1970.
Morrison wrote the track and it is believed to have been written about his girlfriend Pamela Courson, with whom he had quite a stormy relationship.
8. This track is from 'Waiting for the Sun' by the Doors. What is it? She's walking down the street Blind to every eye she meets, Do you think you'll be the guy, To make the queen of the angels sigh...'


Answer: Hello I Love You

This is the first track on 'Waiting for the Sun', released as a single in 1968, it sold over a million copies in the US and reached number one on the Billboard charts.
It was their first big hit in the UK reaching number fifteen on the UK Singles Chart, and in Canada, it got to number one as well.
The track was a collaboration of the whole band.
9. This is the final track on 'Waiting for the Sun' by the Doors. What is it? 'No-one here gets out alive, now You get yours, baby, I'll get mine, Gonna make it baby, If we try...'


Answer: Five to One

Much speculation surrounds the meaning of the lyrics. Some say it was the ratio of whites to blacks, others that it referred to the ratio of Vietcong troops to American troops, and others say it refers to the number of people not smoking 'pot' in relation to those that do.
Whatever the meaning, it is a great track, and Morrison always maintained that it had no political connotation.
10. This track was issued as the 'B' side of another well known single of The Doors. Can you name it? 'She has robes and she has monkeys Lazy diamond studded flunkies She has wisdom and knows what to do She has me and she has you'

'Love Street' was released in 1968 from the 'Waiting for the Sun' album. It was the 'B' side of 'Hello I Love You, which reached number one in the US Billboard charts.
The song itself was originally a poem written by Morrison, written about the street in Laurel Canyon, California, where he used to live with his girlfriend, Pamela.
From their balcony, they could watch the innumerable hippies stroll past, hence the title 'Love Street'.
Source: Author DoveHouse 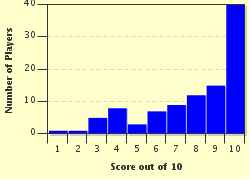