This quiz features my favourite fifteen Tina Turner records. I hope I have given enough lyrics for you to remember which record it is. Good luck.

Quiz Answer Key and Fun Facts
1. 'I know I've only just met you. Maybe I should know better. But when you look at me that way. There's something inside that's so right.' Can you name the record with these lyrics?


Answer: I Don't Wanna Lose You

'I Don't Wanna Lose You' reached eight in the UK singles charts in 1989. It was a release from her album 'Foreign Affair'.

Tina was born Anna Mae Bullock but obviously she is better known by her stage name Tina Turner. This quiz is about her songs but she is also a dancer and an actress.
2. 'Give me a lifetime of promises and a world of dreams. You speak the language of love like you know what it means. It can't be wrong, take my heart and make it strong.' Do you know the title of the song with these lyrics?

'The Best' is Tina Turner's most well-known and remembered track. It got to five in the UK charts in 1989. This single was originally sung my Bonnie Tyler.

Tina started off her career in the mid-'50s and started off as the singer with Ike Turner's Kings of Rhythm.
3. 'Who did you think you were fooling? Said you'd been missing me blind. But the truth is I knew you were lying. You were using me time after time.' Great song, do you know the title?


Answer: When the Heartache is Over

'When the Heartache is Over' was Tina's last song before going into semi-retirement. It was written about the challenges Tina overcame in her life. It reached ten in the UK singles charts in 1999.

It wasn't until the early 1960s that she started being known as Tina Turner before that she was referred to as Little Ann.
4. 'It may seem to you that I'm acting confused when you're close to me. If I tend to look dazed I've read it someplace. I've got cause to me, there's a name for it. There's a phrase that fits.' Which song do these lyrics come from?


Answer: What's Love Got to Do With It

The song 'What's Love Got to Do With It' reached two in the UK charts in 1984. It was used as part of the soundtrack to the film with the same name. The film showed a brief outline of Tina's life. The song also won Tina three Grammy awards for Best Female Pop Vocal Performance, Record of the Year and Song of the Year.
5. 'You don't think of them as human. You don't think of them at all. Keep your eyes on the money. Keeping your eyes on the wall.' Which song will you hear these lyrics?

'Goldeneye' is the theme tune for the Bond film with the same name. It was written especially for Tina by Bono, the lead singer from U2. The film was the first to star Pierce Brosnan as James Bond. The single was released in 1985 and reached ten in the UK charts.
7. 'I've seen you when your dreams were falling in the dust. But I never stop believing in you. I always thought our love was strong enough, one we could hold on to.' Name the track with these meaningful lyrics.

'On Silent Wings' featured backing vocal from Sting. The song reached 13 in the UK Singles Charts in June 1986. In the same year she received a star on the Hollywood Walk of Fame.
8. 'Looking for someone we can rely on. There's gotta be something better out there. Love and compassion, their day is coming.' Can you remember which song these lyrics are in?


Answer: We Don't Need Another Hero

'We Don't Need Another Hero' was written by Terry Britton and Graham Lyle for the film 'Mad Max Beyond Thunderdome', starring Mel Gibson. The song reached three in the UK singles charts.
9. 'When I'm not myself please understand me. I'm so confused I don't know what to do. But don't give up, don't give up. It just might take a little time.' Can you choose the right title of the song with these lyrics?


Answer: Be Tender With Me

'Be Tender With Me' was only released in the UK, Ireland and Continental Europe. It reached 28 in the UK and 18 in Ireland.

Tina is known as the Queen of Rock and has apparently sold more concert tickets than any other solo performer ... WOW. I have to add that I have seen her twice at Wembley and she is amazing!
10. 'I'll tell you, folks screaming out of control. It was so entertaining when the boogie starts to explode. I heard somebody say burn baby burn' If you heard these lyrics what song would you be listening to?

'Disco Inferno' was originally a song recorded by 'The Trammps'. Tina covered the record in 1993 for the soundtrack album to 'What's Love Got To Do With It'. Tina reached 12 in the UK charts with her version.
11. 'You try to say that I'm hiding from you. You act like a spy always looking for clues. You've read about my past. But why don't we try to make a new start.' You know what to do; find the correct song title.


Answer: Look Me in the Heart

Aged 48, Tina made history when she played to the largest paying audience of about one hundred and eighty four thousand people.
12. 'I'm so in love with you. Whatever you want to do is alright with me. You make me feel so brand new. I want to spend my whole life with you.' A very well known song, do you recognise the lyrics, if so click on it's title (otherwise you'll have to guess).

'Let's Stay Together' was originally performed by Al Green in 1972. Tina's cover version was released in 1983 and got to six in the UK singles charts.

Tina Turner has done many duets with other highly rated singers including Bryan Adams, Rod Stewart and David Bowie.
13. 'There's a pale moon in the sky. The kind you make your wishes on, oh. Like the light in your eyes. The one I build my dreams upon. It's not there any longer. Something happened somewhere and we both know why.' If you are singing along to these lines, what song are you listening to?


Answer: I Don't Want to Fight

'I Don't Want to Fight' was a hit from the soundtrack of the film 'What's Love Got To Do With It' and got to position seven in the UK Singles Chart. The song was actually written by Lulu, her brother and Steve Duberry and was first offered to Sade to sing. I am so glad that Sade turned it down because it really suits Tina's voice.
14. 'A prisoner of your love, entangled in your web. Hot whispers in the night, I'm captured by your spell. Oh yes I'm touched by this show of emotion, should I be fractured by your lack of devotion?' This one is my favourite; do you know what it is called?


Answer: Better Be Good to Me

Tina won a grammy for Best Rock Female Vocal Performance for 'Better Be Good to Me'. The song featured on the soundtrack of the 'Miami Vice' due to it being used in one of the episodes.
15. 'Everytime I think of you, I always catch my breathe. And I'm standing here and you're miles away. And I'm wondering why you left. And there's a storm that's raging through my frozen heart tonight.' A cover track for Tina, what is the title?

'Missing You' was a hit for John Waite in 1984 where it reached nine in the UK Singles Chart. This was a cover of a track from an album from Alison Krauss.
Tina then made a recording of this record which reached twelve in 1996.

Tina is an eight-time Grammy Winner. She is a woman of great talent and energy and we will all remember her.
Source: Author JenPenWen 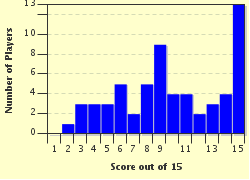 
Other Destinations
Explore Other Quizzes by JenPenWen