Who am I? James, Jim or Jimmy Trivia Quiz

The name James is derived from the Hebrew name Jacob. It means "Supplanter." one who follows. Can you identify the correct James, Jim or Jimmy from the various fields including entertainment, sport, history, politics, arts and others.

Jimmy Durante (1893-1980) was an American actor, singer, comedian and pianist. He had a gravely voice with a New York accent. He had a career spanning from 1920-1972. He had a large nose and acquired the nickname "The Schnoz" and "The Great Schnozzola" from the German "Schnauze".
2. Johnny Weissmuller played this role

Jungle Jim was a fictional hero of a number of jungle adventure series. Johnny Weissmuller played the role of Jungle Jim, the safari-suit character, after finishing his roles as Tarzan.
3. Fifty Shades of Grey

Sid James (1913-1976) was a South African born British actor and comedian. He became well known for his roles in the "Carry On" films appearing in 15 films of the series. He also appeared in a number of situation comedies including "Two in Clover" and "Bless This House".
5. Nobel Prize winning U.S. President

Jimmy Carter served as the 39th U.S. President from 1977-1981. Prior to his presidency he was Governor of Georgia. He was awarded the Nobel Peace Prize in 2002 for his work with the Carter Center. The Carter Center is a non-profit organisation that focuses on human rights, public and mental health, conflict resolutions and election monitoring.
6. Battle of the Alamo

Jim Bowie (1796-1836) was an American frontiersman who played an important role in the Texas Revolution and, sadly, was killed at the Battle of the Alamo which raged from February 23- March 6, 1836. He is a legendary figure in Texas history and a folk hero of American culture.
7. Country singer 1950s and 1960s

Harry James (1916-1983) was an American musician best known as a trumpet playing bandleader during the big band era of the 30s and 40s. His band was the first to employ Frank Sinatra in 1939 for $75 per week. He had the incredible ability to sight-read, meaning he could play a piece of music or song without having seen or heard the piece before. His band appeared in a number of movies and in 1950
in the movie "Young Man with a Horn" he played the trumpet dubbing for Kirk Douglas.
10. Maverick

Jesse James (1847-1882) was an American outlaw, guerrilla and leader of the James-Younger gang. Jesse and his brother Frank joined the pro-confederate guerrillas and operated in Missouri and Kansas during the American Civil War. After the war they robbed banks, trains and stagecoaches. Jesse James was a even legend of the Wild West even when he was killed by Robert Ford in 1882.

His legend still lives on to this day.
12. McMillan & Wife

Susan Saint James is an American actress and activist. She was often seen on television in the 60s, 70s and 80s whether it be a TV movie or series. She co-starred with Rock Hudson in the TV series "McMillan & Wife". Rock Hudson played the role of Police Commissioner Stuart "Mac" McMillan and Susan Saint James played his wife Sally Hull McMillan.

Jim Thorpe (1887-1953) was an American athlete and Olympic gold medallist. At the 1912 Olympics in Stockholm he won both the Pentathlon and Decathlon gold medals. However, he was stripped of his medals as he had played semi-professional baseball for two seasons prior to the Olympics.

Therefore he violated the amateurism rules. It was not until 30 years after his death that the International Olympic Committee (IOC) restored his Olympic medals.
14. American Labor union leader

Jimmy Hoffa (1913-1975) was an American labor union leader. From 1958-1971 he was the President of the International Brotherhood of Teamsters union. At it's peak the union had over 1.5 million members. Hoffa got involved with organised crime and was imprisoned in 1967 to 13 years. However, he was pardoned by Richard Nixon in 1971. He vanished in 1975 and was declared dead in 1980.
15. The Doors

Jim Morrison (1943-1971) was an American, singer and songwriter. He was the lead singer of the rock band The Doors which was formed in Los Angeles in 1965. The group had numerous hits in the late 60s and early 70s. However, upon Morrison's death the remaining members of the band continued as a trio but disbanded in 1973.
Source: Author zambesi 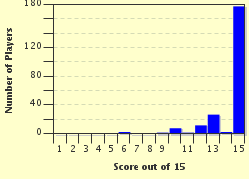