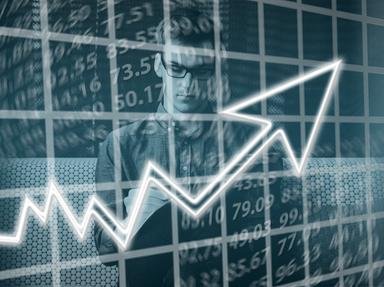 For my third marketing quiz, I've included the origins of some well-known slogans and brand names along with a few logos. Also, it will have more true or false questions than my other quizzes.

Anna Baltuaf was a waitress in a Viennese chocolate house when a prince saw her and, in true Cinderella fashion, married her. He had a French painter, Letaud, paint her in her old uniform for a wedding present. The painting was adapted by James Baker's chocolate company for their logo.
2. How did Pepsi-Cola get its name?


Answer: It once claimed to contain pepsin

Pepsi's creator, Caleb Bradham, claimed his cola contained pepsin, an enzyme crucial to digestion, so Pepsi allegedly aided digestion. Though at first it trailed Coke in sales, today Pepsi is its main rival in the soft drink arena.
3. Why did Dr. Pepper once have "10-2-4" on its bottles?


Answer: They were the times of day to drink it

Dr. Pepper was created by Waco, Texas pharmacist Charles Alderton in 1885. It is said that he named it after his fiancee's father.
4. Which American president gave us the Maxwell House coffee slogan?

Teddy Roosevelt visited the real-life Maxwell House hotel in New Orleans and commented that its coffee was "good to the last drop!" The Baby Ruth candy bar was named for Grover Cleveland's baby daughter Ruth, not for Babe Ruth. And Lincoln influenced the naming of Log Cabin syrup; founder T.J. Towle admired Abe, so he named his maple syrup for Abe's traditional birthplace, a log cabin.
5. What did Anheuser and Busch name Budweiser beer for?

There were many breweries were in Czechoslovakia, especially in Bohemia, so Anheuser and Busch named their beer for the Czech town of Ceske Budjovice, or Budweis in German. Hey, if you could name Fig Newtons for Newton, Massachusetts...!
6. "Oh Lord, won't you buy me a Mercedes-Benz?" The car is named for Carl Benz' wife.

While Benz is for Carl Benz, Mercedes is from Mercedes Jellinek, daughter of Czech businessman and amateur racer Emil Jellinek, who named the car partly for his little girl. The three-pointed star in the ring originally symbolized earth, sea and sky, where the company's motor-building influence spread.
7. Where did the cross-like Chevrolet logo come from?


Answer: From a hotel wallpaper

Ironically, racer Louis Chevrolet hated the car that bore his name at first! Co-founder Walter Durant first saw the cross as part of the pattern on the wallpaper in the hotel room where he stayed once.
8. A car brand name was once used to sell light bulbs.

In the early part of the 20th Century, the only light bulbs on the market were Edison Mazdas, named for Tom Edison (natch!) and Ahura Mazda, the Zorastrian deity of light. Later, Mazda became a car's name because it sounded like a shortened version of its Japanese founder, Matsuda.
9. Name the nationality of the founder of Bridgestone tires.

Bridgestone tires were founded by Shojiro Ishibashi, whose last name means "stone bridge" in Japanese. He translated the two parts into English so it sounded like Firestone, the company that would buy Bridgestone eventually.
10. Morton Salt got its slogan from an old proverb.

"It never rains but it pours" is an old English proverb about how troubles always follow each other. Morton adapted it into "When it rains it pours" and created the little girl under the umbrella to demonstrate its imperviousness to moisture.
11. Where did H.J. Heinz get his "57 Varieties" slogan from?

Heinz was riding a New York elevated railway in the late 1800s when he spied a shoemaker's ad claiming "We sell 21 styles of shoes" and decided he could use such a campaign for his products. He just liked the number 57, so he used it and it's been on Heinz products ever since.

In the book and movie versions of "The Manchurian Candidate" Senator Iselin is inspired by the slogan to state the number of Communists in Congress!
12. Where did Paramount Pictures get its name from?

A New York apartment house of the same name inspired the name Paramount Pictures. The mountain of its logo came from a real-life one in Utah's Watasch Ridge. A pipe-fitter's wagon inspired Carl Laemmle to call his studio Universal!
Paramount's star-haloed mountain and Powell and Pressburger's arrow in the target are my favorite movie logos, by the way.
13. The MGM lion was created by a lyricist for another studio.

Actually, Howard Dietz, adman and lyricist ("Dancing in the Dark" and "That's Entertainment" are among his works) made the lion the logo for the studios of THE Samuel Goldwyn ... yes, the "Goldwyn" in MGM is THAT one! Dietz said he got it from his old alma mater Columbia University and he added "Ars Gratia Artis" (art for art's sake). Goldwyn later merged with Metro studios but broke with it when Louis Mayer bought it and Goldwyn didn't like Mayer.
14. In what city can you find the logo of Little, Brown and Co. publishers?

The Little, Brown logo is the eagle atop a column that Charles Bulfinch designed to replace the beacon that gave Boston's Beacon Hill its name. It still stands behind Boston's State Capitol building and the Boston-based Little, Brown still uses it as their logo.
15. The Exxon logo was once used in a mystery story.

The late, great Isaac Asimov, master of science fiction, also wrote many mysteries, among them his short story series, the Black Widowers, about a mystery-solving bachelors' club. In "The Cross of Lorraine" a magician asks them to solve a puzzle concerning the ancient French symbol. No need to tell you where it is, if you know the logo. :) In the late 60's, the name Esso (for Standard Oil) was replaced by Exxon (Japanese for "stalled car"). Hope you enjoyed the quiz!
Source: Author tjoebigham 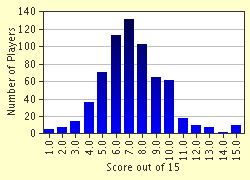