Thank You Around the World Trivia Quiz

When traveling abroad, there is no other phrase that will get you as far as a simple "thank you". Let's find out how many ways you can say it.

Quiz Answer Key and Fun Facts
1. Which of these languages uses "merci"?

With the Norman conquest in 1066, Norman French became the language of the nobility in England. French was to continue to reign supreme until King John lost possesion of the province of Normandy to the French king in the beginning of the 13th century. This began a decline of French usage in England, and by the mid 1300s both nobles and commoners were speaking the same language.
2. "Gracias" is from what language?

Spanish is a truly international language. It is even spoken in Turkey, where a medieval form of Spanish is being kept alive by Spanish Jews who were exiled from Spain over five hundred years ago.
3. It is also a song title. "Danke schön" is ...?

One of my favorite scenes from the movie, "Ferris Bueller's Day Off" is when he sings "Danke schön". Rent the video and check it out some time.
4. An easier one perhaps: "grazie"is from what language?

Italian is the closest relative to Latin, the language of Ancient Rome. By the way, can you name all the languages spoken today that are derived from Latin? They are Italian, French, Spanish, Catalan, Portuguese, Romansch (spoken in Switzerland), and Romanian.
5. Sounds familiar ... "Obrigado' is for a man, and "obrigada' is for a woman in which language?

Sounds like the Japanese word for thank you, "arigato". Actually, quite a few terms in Japanese can be traced back to Portuguese. Tempura, the famous Japanese dish came from the Portuguese word, "temporas". The Portuguese were the first westerners to visit Japan.
6. In which language do they use "dank u"?

The number 888 in Dutch, is said to be almost impossible for non-natives to pronounce correctly. Dutch seems to be a halfway point between German and English. "Yankee" is derived from the Dutch name, "Janke", a variant version of "Jan".
7. Here is thank you in one of my favorite languages. "By yar la." Can you guess which one?

Being an avid mountain biker, I have always dreamed of cycling in Mongolia which to me seems like the most exotic place in the world.
8. The next thank you we encounter is "ar khun". You might hear it on the Tonle Sap River.

Cambodian or Khmer is a member of the Australasian language group. Although this family contains over 200 languages, of these only Cambodian and Vietnamese are recognized as national languages. Cambodian has had it own writing system for many centuries and the historical significance of the language cannot be overlooked.
9. In which language does one use the word "spasiba" (pronounced "spa see ba") to say "thank you"?

The Russian Cyrillic alphabet is named after St. Cyril. It has a total of 33 letters.
10. Ready for the next one? "Hvala" is used in which language?

Often called Serbo/Croat, the languages are now growing apart due to Yugoslavia's breaking up in the early 1990s. Serbian uses the Cyrillic alphabet and Croation uses the Roman script.
11. The language for this "thank you" sounds like "djen koo yeh".

Polish is similar to Russian but unlike that language, it uses the Roman alphabet instead of the Cyrillic script. This is due to the fact that Poles were converted to Christianity by missionaries from Western Christendom - and to the continued influence of the Roman Catholic church. Do you want to take a shot at a Polish tongue twister? Try, "W Szcebrzeszynie chrzaszcz brzmi w trzcinie". Don't ask me how to pronounce it.

It means something like, "In Szcebrzeszynie, the beetle is crying in reeds".
12. "Koszonom" would be used in which language?

Those Magyars say it like "kuh suh num". Hungarian is related to none of its neighboring languages. It belongs to the same language group as Finnish and Estonian.
13. "Multumesc" would be the way to say "thank you" in which of the following languages?

It is pronounced "mool tsoo mesk". Romanian, although almost surrounded by Slavic languages like Bulgarian and Ukrainian, is actually a member of the Romance language family. Hence the name, "Romanian". It was written with the Cyrillic alphabet from around 1521 to the 1860s when it changed to the Latin script.
14. If someone said it, it would sound like, "ef ha ree sto". Which language would it be?

"Nike", pronounced "nee kee" is also Greek. It means victory.
15. This is a long thank you: "Tesekkür ederim". You will hear it every day in what country?

Sounds like, "teh shek kur eh deh rim". In the past one could travel from the Balkans to Beijing and hear Turkic languages being used all along the route. Turkish was originally written in the Arabic script but nowadays in the interest of modernization and simplicity, it is written in the Roman alphabet. This change was initiated by the great Turkish leader, Kemal Atatürk, in 1928.
16. Looks like "todah" when written in English. Which language is it?

Hebrew is an ancient language that was revitalized as a spoken, colloquial language by Jewish settlers in what was formerly Palestine and by the formation of Israel in 1948. It is a linguistic descendant of Aramaic. The Hebrew script is derived from the Phoenician alphabet and is written right to left.
17. In which language does "shukran" mean "thank you"?

Do you know any Arabic? Sure you do. Algebra, cipher, alcohol and even sugar are just a few of the many words we have borrowed from Arabic. How about "Tally Ho!"? Yep, that too. It comes from the Crusaders who picked up the Arabic, "Tala hon!" or come here!
18. "Asante" is the way you say it in this African language.

You would reply, "asante sana". If you want to learn more Swahili, check out the quiz in this same section by the author "jazzkickass".
19. You will hear "shoo kree ya" when speaking which language?

In Nepalese it is "tanyabad". However, I recall hearing this phrase when flying on Air India. Nepalese and Hindi are quite similar and share much of the same vocabulary. A few of the Hindi based words we use in English are, khaki, bungalow, punch ( the drink), and thug.
20. In which language would one say "shay shay nee"?

Chinese has seven different main dialects which in fact are more like separate languages, mutually unintelligible to non-native speakers. Someone in Beijing, can't watch a Jackie Chan movie made in Cantonese, the dialect of Hong Kong, without Chinese character subtitles.
21. "Kamsa hamnida" is thank you in what language?

Korean grammar is very similar to Japanese grammar and a large portion of its vocabulary is the same as Japanese due to both languages borrowing heavily from Chinese. Learning Korean after having studied Japanese would be much easier than starting from scratch.

However in school, I found Korean pronunciation to be far more difficult than Japanese. A strange entry in the Korean dictionary I have, "uun chong ee", which refers to a horse with white testicles! Why would they have a word for that? Beats me!
22. In this country, you would hear, "terima kasih". Where am I?

Indonesian is very similiar to Malay spoken in Malaysia. Think of the relationship between Spanish and Portuguese, and you won't be far off.
23. I say this every day: "khob kuhn". Which language is it?

That is what everyone says in my home city of Bangkok. Don't forget to add "khrap" if you are a man, and "ka" if you are a woman.
24. Looks like it should be pronounced, "come on" but it is actually "cam on". Which language says "thank you" like this?

Vietnamese is a tonal language with six separate tones. As far as language origin is concerned, it is similar in background to Cambodian. It is quite difficult to master. Originally, the Vietnamese used Chinese characters to write their language but changed over to a romanized script towards the end of the 19th century thanks to a French missionary.
25. Well, to finish off this quiz I would like to say to all of you who took the time to give it a try, "ce zu tin ba deh". What language is it?

"Cheh zoo tin ba deh" is how you say it. Burma or Myanmar as it is now known, is a diverse country with many different ethnic groups that speak their own distinct languages. Burmese is in the same language group as Tibetan.
Source: Author reggaejames 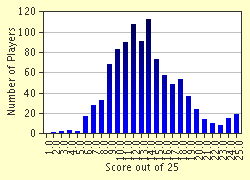 
Other Destinations
Explore Other Quizzes by reggaejames