John Taylor, Duran Duran's bass player, has many wonderful solo songs. How well do you know his lyrics? I'll give you a lyric, you name the song.

"Immortal" appears on the "Techno For Two" CD.
2. "Third verse, different from the first verse."

"Hollow Victory" appears on the "John Taylor" CD.
4. "Don't be scared. This love is rare."

"Run Together" appears on the "Juicy Jeans Promo" CD. John's wife, Gela Nash, is one of the founders of Juicy Couture.
5. "I've never known a better woman. So far."

"Feelings Are Good" appears on the "Feeling Are Good and Other Lies" CD. Former Culture Club member Roy Hay makes a guest appearance on the CD.
7. "It stalks its lover to the grave."

"Silent Skin" is a duet with Shayne Blue. It appears on both "AutoDidact" and "John Taylor".
8. "We married nice girls that turned to werewolves."

"Hey Day" appears on the "John Taylor Terroristen" CD. The CD was recorded on May 30, 1998 after John and Terroristen played a gig at The Roxy in LA.
9. "Life is here while the light is here, so make the most of it now." 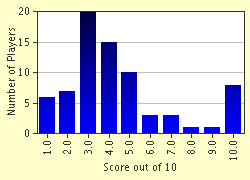 
Other Destinations
Explore Other Quizzes by badudesite