One of the most famous libraries in the world, how much do you know about the Bodleian Library in England?

Quiz Answer Key and Fun Facts
1. In which English university city is the Bodleian Library located?


Answer: The Archive of the City and Guilds of London

The British Library receives a copy of every book, pamphlet, magazine, and newspaper published in the United Kingdom, under the provisions of the Copyright Act of 1911, which was reinforced by the Legal Deposit Libraries Act of 2003.
The other five libraries, whilst they are also classed as Legal Deposit Libraries, must request a copy of any publication they want, within a year of the date of its first publication.
As well as the three in question and the Bodleian, the other deposit library for the UK is the National Library of Wales, in Aberystwyth.
3. The origins of the Bodleian Library go back to the fourteenth century, when the city's first ever public library was founded by Thomas Cobham. Which of these offices did he hold from 1317 until his death in 1327?

Thomas Cobham's small library was situated in St. Mary's Church in Oxford, and the books were literally chained to the shelves to prevent theft. Books were incredibly valuable at the time, and nobody deemed unworthy would be allowed to so much as lay a finger on one of the precious volumes.
4. During the 1430s, the Bodleian Library underwent a great expansion, with the addition of an important collection of books and manuscripts. Who was the wealthy donor of this new material?

Humphrey was the younger son of King Henry IV of England, and the brother of King Henry V.
To this day, the oldest reading room at the Bodleian is known as "Duke Humfrey's Library" in his honour.
Sadly, by the end of the sixteenth century, after the Reformation, only three of Duke Humfrey's original donated manuscripts remained in the Library.
5. Before being granted admission to the Bodleian Library, a would-be user must swear an oath to take care of the books. Which of these activities has been specifically forbidden from the library in this oath, since it was translated into English from the original Latin?

Although fire prevention has always been a major concern for libraries and archives, it was only when tobacco smoking became more common, and the original Latin oath was translated into English, that smoking was specifically prohibited within the library.
The current text, in English, of the Bodleian Oath is: -
"I hereby undertake not to remove from the Library, nor to mark, deface, or injure in any way, any volume, document or other object belonging to it or in its custody; not to bring into the Library, or kindle therein, any fire or flame, and not to smoke in the Library; and I promise to obey all rules of the Library."
Anyone whose first language is not English can swear the oath in their native tongue, with the library staff being able to provide a translation for them.
The oath may also be sworn by writing it out and signing it, rather than speaking it aloud.
6. The Bodleian Library was officially opened under that name in the year 1602, after Mr. Bodley took an interest in it and assisted the University with its revival after a period of decline. What was Mr. Bodley's first name?

Thomas Bodley was a student at Oxford in his youth, and was also a lecturer there, in Ancient Greek, later on.
His wife was an heiress, and after their marriage he gave up his collegiate Fellowship and devoted the rest of his life to the restoration of the Library.
7. By what name is the entrance to the "Old Library" of the Bodleian Library now known?


Answer: Tower of the Five Orders

The "Old Library" or "Old Schools Quadrangle" was built in the second decade of the seventeenth century.
The Tower of the Five Orders is thus named because it has colums in the five classic architechtural styles, one on each floor, as it rises.
8. In the early 1860s, the Bodleian Library expanded into a nearby building, designed by the Royal Physician to the British monarchs William and Mary, James Gibbs. What name is given to this circular building in the Palladian style?

The Radcliffe Camera building was officially opened in 1749, and as well as the "physic collection" of medical and scientific texts, it also housed various other collections including statuary, coins, and marble artefacts.
In the eighteenth century, the non literary collections were moved to more appropriate locations, and eventually the medical and science texts were moved to the Radcliffe Science Library on another site.
Nowadays the Camera building belongs to the University and houses reading rooms and various texts used mainly by undergraduates in English and Theology.
9. The Clarendon Building became part of the Bodleian Library in 1975. It was designed by the famous architect Nicholas Hawksmoor and built in the early eighteenth century. What was its original purpose?


Answer: To house a printing press

The Clarendon Building, which was completed in 1715, was originally the home of the Oxford University Press. Oxford has been involved in printing books and texts since the late fifteenth century.
Since it was passed on to the Library in the 1970s, it has been used as offices and conference facilities for the Bodleian staff.
10. After the very first Librarian was appointed to the post at the Bodleian in 1599, it took until 2007 before a female was given the job. What was the name of the very first woman to be appointed "Bodley's Librarian"?

As well as being the first woman appointed to the post, Sarah Thomas was also the first non English person; she was born in the United States and read for her Ph.D at Johns Hopkins in Maryland.
Source: Author Rowena8482 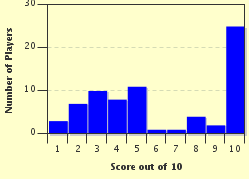