I love Duran Duran and their music. Here's a quiz on the band.

Quiz Answer Key and Fun Facts
1. Which of these two were number ones for Duran Duran in the UK?


Answer: "The Reflex" and "Is There Something I Should Know?"

Duran Duran formed in 1978 in Birmingham, England before going on tour with punk princess, Hazel O Connor.
2. Which British port did Simon capsise his yacht at?

In 1981, they had their first single but it was not until 1983 they got their first number one.
3. What is the real name of the bassist?

All of the Duranies were rumoured to have taken drugs except for Roger - he was always the quiet one.
5. Which line in "Band Aid 1984" did Simon sing solo?


Answer: It's hard but when you're having fun.

A year later, Roger and Andy left the band.
6. In which video did John and Nick sit on an elephant?


Answer: Save a Prayer

They get sprayed with water while sitting on the elephant.
7. Who took over from Andy and Roger in 1990?

Sterling soon left but Warren went on until 1997.
8. In the video of "Ordinary World" who is leaning against a post at the beginning of the video?

My favourite song - not sure about the bride's outfit in the video though.
9. Who nearly died in the making of "Wild Boys"

The wheel he was spinning around on stopped while his head was underwater.
10. After a separation of twenty years, the 5 members from 1981 - 1985 released another album in 2004. What is the name of the album? 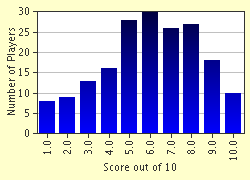