In 1981, Duran Duran first hit the scene, but how much do you actually know about them? Try this quiz.

Nick and John came up with "Duran Duran" after the evil villain in sci-fi comedy "Barbarella" starring Jane Fonda. Nick and John met at art college and decided to form a band after listening to their favorite bands including Roxy Music and David Bowie. Nick's real surname is Bates. He got the surname, Rhodes, from a keyboard he used to play on.
2. In the "New Moon on Monday" video, which of the members do we see first?

"New Moon on Monday" was released in 1984 on the "Seven and the Ragged Tiger" album. Also on this album were "The Reflex" and "Union of the Snake."
3. Who was the only member to not go on the Eiffel Tower in the video of "A View to a Kill?"

Roger stayed in the van in the car park, talking to Nick through his ear piece. Simon was the member blowing everything up using a Walkman, John was the one using the machine gun in the telescope, Andy was blind and playing the harpsichord and Nick was taking pictures of the model before getting killed by Andy.
4. Complete this lyric: "Destroyed by MTV, I hate to bite"


Answer: the hand that feeds me

"Too Much Information" was released in 1993 with the album "Duran Duran 2," better known as "The Wedding Album." From this album also came their nineties comeback, "Ordinary World" and hit single "Come Undone." Roger and Andy had already left the band so Warren Cuccurullo took their place in 1990, with Sterling Campbell. Sterling left after the album "Liberty" was released in 1990.
5. Which members formed Arcadia in 1985?

Simon, Nick and Roger formed Arcadia when John and Andy formed The Power Station. Arcadia had a single called "Election Day," but did not last. The Power Station had a hit single with "Some Like it Hot." The lead singer of The Power Station was Robert Palmer who died in 2003 due to cancer.
6. In the video of "Hungry Like the Wolf," who drives the car through the streets?

John, Nick, Andy and Roger are all looking for Simon. They later find him in the bar (surprise, surprise!). John is driving the car and Roger is in the passenger's seat with him. Who knows where Nick and Andy went!
7. Which band member has been treated for depression?

In 2001, Simon was suffered with depression after reforming the band with the five original members after 16 years of not performing together as a five. Simon has also ripped his vocal chords.
8. Which band member drove his BMW car off a cliff in Australia?

John was lucky to have survived the fall. His other cars include an Astin Martin, similar to the one in James Bond's "Goldfinger", which he has not driven once.
9. In the video "Sunrise," which band member is driving the motorbike?

Simon was driving the bike and Nick was inside a pod. "Sunrise" was released off their 2004 album "Astronaut," making it their first single as the original Duran Duran for almost twenty years.
10. Finally, which of these members released a solo album called "Feelings Are Good and Other Lies?" 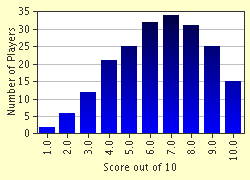