This is a few questions about Duran Duran's video for "Rio".

Russell Mulcahy directed this video, as well as 'Hungry Like The Wolf'. He also directed Elton John's 'I'm Still Standing' video.
2. Most of the video takes place where?


Answer: On a boat

Not all of the video was shot on a boat- they filmed it on the beach as well.
3. While talking to the girl on the phone, which band member gets pulled off of the boat?

Simon was wearing a white suit in this clip.
4. Which band member stormed the beach?

I always thought it was Andy until I watched the video more closely.
5. Which member was steering the boat at the end of the video?

Andy, John, and Roger Taylor were of no relation to each other.
6. Which band member got thrown off of the boat?

John threw Andy off the boat near the end of the video.
7. When the painted girl is walking on the boat, which band member does she look at through the window?

Nick Rhodes was the youngest member of Duran Duran.
8. Which band member is sitting on the bow of the boat?

This position was well planned, since Simon is the lead singer of Duran Duran. Of course he would be out front.
9. Yes or No? This video was filmed in the same location as 'Hungry Like The Wolf'.

Simon used the blue phone to talk to the girl who used the pink phone.
11. Which two members played the saxophone?

John played while standing on the island, and Nick played while being pulled along on a raft.
12. True or False: Each member wore a suit of a different color.

Simon was the one riding the horse.
14. What color is the outfit the model wears at the end of the video?

She wore all of those colors in the video, but she wore blue at the end.
15. True or false: The model used in the video was named Rema.

During the video, a gust of wind shattered a piece of glass all over Rema. She was uninjured from the accident.
Source: Author caribbean 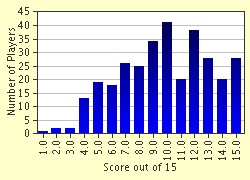 
Other Destinations
Explore Other Quizzes by caribbean