This is a quiz about the first three Kiss albums. If you are a true fan like me, this should be a piece of cake.

Paul and Gene also shared writing credits on "100,000 Years".
2. Which song from the first three albums, did Ace Frehley not write?

Ace was always writing songs for the band. He did not sing lead until 1977's "Shock Me".
3. Peter Criss sang lead on all but one of these songs. Can you name which one?

Even though Paul sings the intro, Peter sang the lead on "Black Diamond". "Two Timer" had Gene doing the honors.
4. Which of the first three albums did Kiss share producing credits?


Answer: All The Way

"All The Way" is on their second album "Hotter Than Hell".
6. Which song did not appear on any of the first three albums?

"Sweet Pain" was on their classic album "Destroyer".
7. Which song from the first three albums did not appear on "Alive!"?

One of my all-time favorites! This song would later be heard live on their "MTV Unplugged" album.
8. What are the color of the fingernails on the back of the "Hotter Than Hell" album?

The hands in the upper portion of the back cover have green fingernails on them.
9. Which of these songs did Gene Simmons write?

Ace wrote "Cold Gin" & "Strange Ways". He also co-wrote with Paul on "Comin' Home". Gene was all on his own with the classic "Nothin' To Lose".
10. What year was "Hotter Than Hell" released? 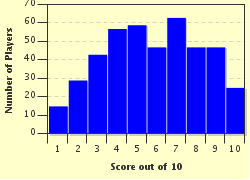 
Other Destinations
Explore Other Quizzes by agentcooper1