To celebrate Rocktober, I thought I would give you clues about a classic rock artist and have you pick the correct one. This quiz is all multiple choice or True/False.

Quiz Answer Key and Fun Facts
1. This band hailed from Liverpool, England. They were known as the Fab Four. They recorded pop songs and psychedelic songs. What band were these lads called?

The first album released in the United States was recorded in February 1963 and titled "Introducing The Beatles"; it was all pop music. "Revolver" was recorded from April to June of 1966 and contained their first psychedelic song "Tomorrow Never Knows."
2. This singer replaced Steve Marriott in The Small Faces. They shortened their name to just The Faces. He had hit songs with The Faces and in his solo career such as "Maggie May", "Tonight's The Night" and "Hot Legs". Who is this vocalist?

Rod also spent some time with The Jeff Beck Group, that is where he picked up their bassist Ron Wood. They joined The Faces together and Ron switched to guitar.
3. This band was also known as That Little Ol' Band From Texas. They are only a trio but have been together for over 30 years with the original members. They started their career as a blues band but changed to rock and roll in the early 1970's. What was the name of this classic rock band?

Billy Gibbons, Dusty Hill and Frank Beard have been together since their bar band days of the 1960's. In 2004 Keith Richards inducted them into the Rock and Roll Hall of Fame.
4. This band's lead singer's father was an officer in the navy. The keyboardist's brother left the band when they were in the bar scene stating they would never go anywhere until they got rid of their singer. They formed in the Los Angeles area and were a key band at The Whiskey A-Go-Go in the 1960's. They appeared only once on "The Ed Sullivan Show", and were banned from that show after that appearance because they did not change the lyrics to "Light My Fire". What band had the singer that was known as The Lizard King?

The Doors were an instant hit in the United States in 1967 following the release of their self titled first album. Their final studio album "L.A. Woman" was released in 1971.
5. This band was once the loudest band in concert. A member helped to name Led Zeppelin. The drummer was asked to join Led Zeppelin but turned it down. They were known for two rock operas, "Quadrophenia" and "Tommy". Who was this loud band that also appeared at Woodstock in 1969?

The Who's rock opera "Tommy" was toured for two years prior to the recording of the album. "Tommy" was also played at Woodstock.
6. This band were frequently called the Bad Boys From Boston. They spent most of their career with the original lineup; however, the lead guitarist left in 1979 and returned in 1984. Early in their career they were compared to The Rolling Stones which was not welcomed by the lead singer Steven Tyler. What name did this band go by on their records?

Aerosmith's debut album sold faster at its release than any other album in Boston, but was not a success nation wide.
7. This band started out as a blues-band in the 1960's. They have gone through several guitarists which include Peter Green, Bob Welch, and Lindsey Buckingham. They were named after a song (which was in turn named after the members of the band). They had only one number one hit single in the United States, "Dreams" which was released in 1977. Who was this great classic rock band?

Fleetwood Mac was named after a Peter Green song he recorded with Mick Fleetwood and John McVie when he was given studio time for a birthday present from John Mayall. Their original name was Peter Green's Fleetwood Mac and they released their first album in 1968.
8. This band hailed from Flint, Michigan. Two of the original members recorded together with Terry Knight and the Pack. They started as a power trio and when they went to a four member band they shortened the name of their band. What was the name of this band that named their first greatest hits album simply "Mark, Don, and Mel"?

Terry Knight and the Pack consisted of Mark Farner, Don Brewer and Terry Knight. The original lineup of Grand Funk Railroad was Mark Farner, Don Brewer and Mel Schacher. Mel Schacher was the bassist from The Mysterians.
9. This band is from the Chicago area. One of their guitarists is widely known by just his initials J.Y. Other members include Tommy Shaw and Dennis DeYoung. They have had hit singles such as "Lady", "Renegade", "Blue Collar Man" and "Fooling Yourself". Who is this band that was formed in Illinois?

Styx had their debut release in 1973. The cornerstones of their band were James Young, Tommy Shaw and Dennis DeYoung.
10. He was a classic rock icon. His music influenced many rockers including The Beatles, The Rolling Stones, Eric Clapton, and others. He was a member of the Traveling Wilburys. Who was this classic rock icon? 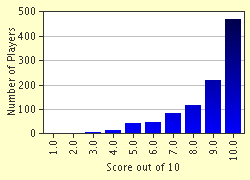 
Other Destinations
Explore Other Quizzes by bilig